Conservative Party funds will not be paying for a Downing Street refurbishment said to have cost around £200,000, Boris Johnson’s press secretary said.

The allegedly pricey renovation of the flat Boris Johnson shares with his fiancee Carrie Symonds and their baby son Wilfred was reported by the Daily Mail as being partly paid for by Conservative Party funds.

They live in a four-bedroom flat above Number 11 Downing Street as it is larger than Number 10, where the prime minister’s offices are. On Monday, the PM’s aides would not confirm whether party donations had been used to foot the bill but said they would be properly declared if that did happen.

The prime minister told a press conference: “All such enquiries will be answered with the normal declarations.”

Mr Johnson’s press secretary Allegra Stratton said: “Conservative Party funds are not being used to pay for any refurbishment of the Downing Street estate.”

She said Conservative HQ “supports the leader of the Tory Party in their political activities but not in the way it is being accused of”.

Asked whether donors had been encouraged to pay for the refurbishment, Ms Stratton said any donations would be declared through the Electoral Commission, the House of Commons’ register of members’ interests, or in ministerial transparency declarations.

“At every twist and turn of this there will be records and reports,” she said. 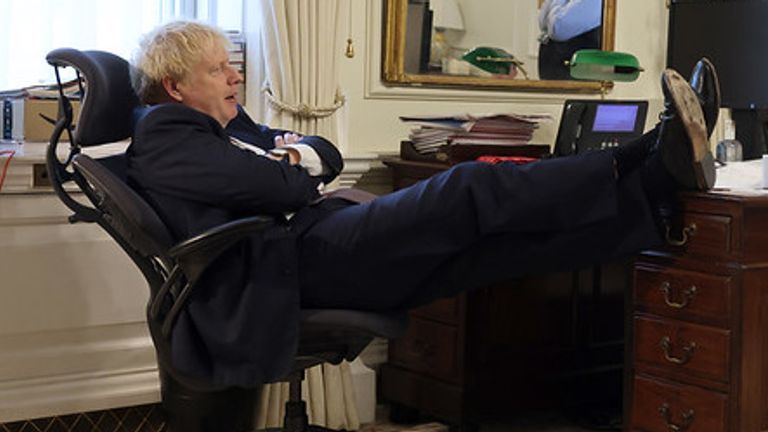 The Cabinet Office’s annual report, due in July, will include details of the Downing Street works, she said.

On whether that would include a list of donations, she said: “It will have the relevant level of information to make it clear what refurbishment and what renovations took place in the last year on Downing Street.”

Ms Stratton refused to confirm if donations or gifts had contributed to the renovation.

But, she added: “I’m saying that all donations, gifts and benefits will be declared in transparency returns that you – we – will all get and be able to pore over in the fullness of time.”