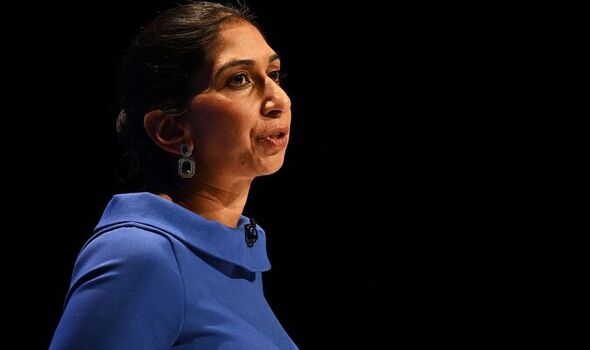 However, a Home Office source insisted that it was a “very big stretch of the imagination” to suggest the Home Secretary wants to change its classification to put it on a par with substances such as heroin, cocaine and ecstasy.

The source added that Ms Braverman, right, believes cannabis has been “effectively” legalised as it has not been “policed properly”.

It was reported that the Home Secretary told allies she is on the “same side” as a group of Tory police and crime commissioners (PCCs) who have called for the drug to be reclassified.

The commissioners are said to support re-evaluating penalties due to health data. Dorset PCC David Sidwick said: “We’re seeing it because it’s a gateway drug.”

And the Home Office source added: “we need to really understand what will be the most effective means to improving enforcement”.

Reclassifying cannabis would boost the maximum penalty for possession from five to seven years in prison and from 14 years to a life sentence for supply and production.