The Commission has confirmed that “technical talks between the EU and the UK” will take place this week. It comes as Mr Baker told Irish broadcaster RTE Radio 1’s Morning Ireland programme on Monday he was sorry that relations between the UK and Ireland have been “soured” by the Brexit process.

“I’m very convinced that, if we get into a negotiation, without pre-conditions, and together in a spirit of goodwill, we can de-escalate this problem and we can get a deal which works for everyone, respecting everyone’s legitimate interests, north-south and east-west,” he said.

Mr Baker said his motivation for his apology was to try to get a “deal that works” on the Northern Ireland Protocol.

“If we’re going to be constructive here and get a deal that works for everyone, we’ve got to de-escalate these tensions. So that was my motivation,” he said. 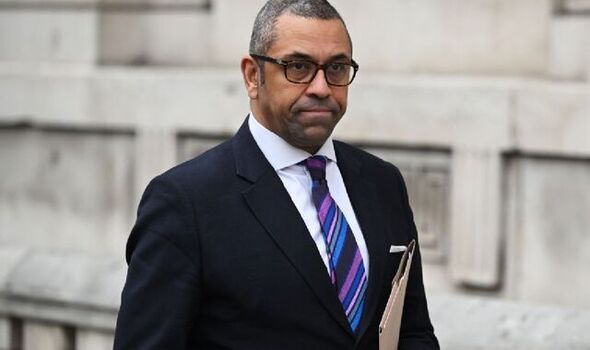 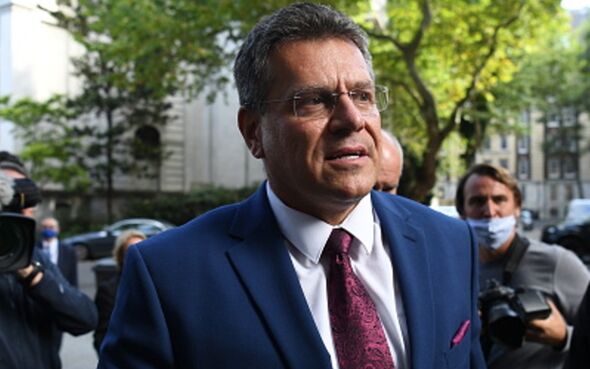 “I sincerely want to be on the right side of all parties involved in the Belfast Good Friday Agreement so that we can make progress, get a deal and get on with the really serious issues that we face in Northern Ireland.”

He added: “I’m sorry that relations between the United Kingdom and Ireland have been soured by the Brexit process.

“And I recognise that as the leader of the sort of 28 if I can put it in those terms, who rejected Theresa May’s deal three times, that caused enormous amounts of anxiety, and I recognise also that businesses in Northern Ireland faced a lot of costs through this process of uncertainty.

“And those are things I want to see put right. We can put those right in the deal.”

EU Commission spokesman Daniel Ferrie told reporters: “Vice-president Sefcovic spoke to (Foreign Secretary) James Cleverly on Friday, they had a good conversation, they both agreed that solutions needed to be found around the protocol.

“There will be technical level talks, discussions, exchanges this week, the details of which of course need to be worked out.

“All I would do is underline from our side that the EU is committed to joint efforts, it’s committed to finding joint solutions, we need to find these solutions to bring predictability, certainty to people in Northern Ireland.

“And I think in general, if you look back, it’s fair to say the EU has always approached these talks constructively and we will continue to do so.”