Brexit: UK will 'benefit from control of laws' says Frost

Scottish trade minister Ivan McKee wrote to the Treasury last week asking for two fully-funded sites from bidding port authorities. He originally rejected the UK policy, which led to disagreements over the Scottish Government’s demands the Freeports were renamed “green ports”, as well as details of tax relief and the number of locations failing to be agreed. Now Mr McKee has asked Treasury Secretary Steve Barclay for clarification the “green ports” will have access to the same level of set-up cash as the Freeports already announced in England.

This move could anger the SNP Government if Westminster takes charge of the project amid the party campaigning for independence from the rest of the UK.

Mr McKee wrote: “I welcome that we are agreed on the importance of establishing an approach in Scotland that is fit for purpose.

“The Scottish green port model achieves that, with its focus on sustainable, inclusive growth, fair work, and a just transition to net-zero emissions, which I know is also a key objective of the UK Government, alongside the core objectives of the UK Government freeport policy around regeneration, innovation and trade.”

However, the Government has reportedly not yet responded. 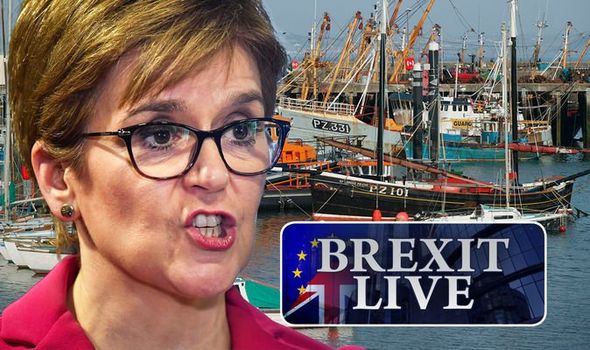 A Government source told The Press and Journal: “We are very pleased the Scottish Government have reversed their initial opposition to the concept of freeports and we want to work with them.

“We are currently assessing how their proposals fit with our UK-wide vision for freeports and discussions on that continue between the two governments.

“But if we are not able to reach agreement on the details, we’ve been very clear that the UK Government will press ahead with rolling out the freeports programme to Scotland.

“There is a huge amount of interest across Scotland and a massive potential boost to the Scottish economy.

“For that reason, we want to move quickly. A number of freeport locations in England were announced in the Budget and it is important that Scotland does not get left behind.”