The deal, dubbed the Free Trade Agreement, will eliminate tariffs on all UK goods, while boosting jobs and businesses across the country.

The agreement will also mean British cars, Scotch whisky, biscuits and ceramics will be cheaper to sell into Australia, which could help increase these industries employ 3.5 million people across the country.

Ms Truss said: “This is the first UK trade deal struck from scratch since Brexit. 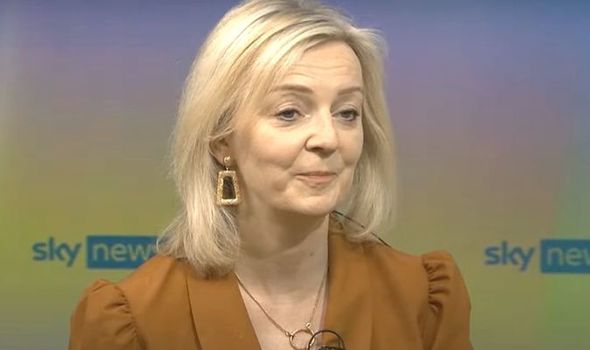 “It’s not just important in itself it’s got opportunities within Australia.

Mr Johnson added that the deal showed “global Britain at its best”.

He said: “Today marks a new dawn in the UK’s relationship with Australia, underpinned by our shared history and common values.

“Our new free-trade agreement opens fantastic opportunities for British businesses and consumers, as well as young people wanting the chance to work and live on the other side of the world.

“This is global Britain at its best – looking outwards and striking deals that deepen our alliances and help ensure every part of the country builds back better from the pandemic.”

Downing Street added there will be a cap on tariff-free imports for 15 years, while other “safeguards” will be brought in to protect British farmers.

Australian Minister for Trade Dan Tehan added the meeting between the two leaders had been “positive”.

He said in a statement: “Both prime ministers have held a positive meeting in London overnight and have resolved outstanding issues.”

Michael Gove described Ms Truss as a “tough” and “shrewd” negotiator who will be looking at “what’s best for Britain” in discussing deals with other countries.

He told BBC Radio 4’s Today programme: “It’s Liz Truss who’s negotiating these trade deals, and anyone who knows Liz knows that she’s not going to roll over when another country says ‘We want this particular concession or we want that particular arrangement just because you gave it to someone else’.

“She is a tough, principled, shrewd and effective negotiator. I don’t think anyone would mistake Liz for a patsy.

“And so other countries shouldn’t imagine that in the negotiation of trade deals we will be anything other than determined to get the best deal for Britain’s producers, and also for UK consumers as well, because one of the things about trade deals is that overall they should reduce the costs that consumers face.”