EU chiefs refused to drop their opposition to the measure yesterday, despite Mr Johnson caving in to Tory rebels by giving Parliament a say over any changes to Northern Ireland customs rules.

A diplomatic source said: “If we want to make progress we might need less content on a level playing field, but then you absolutely need a rock-solid governance system. I think developments of the last week have shown its importance and there is a feeling among member states it is even more important.”

He said: “The climbdown on the Internal Market Bill might be ending the Tory rebellion but it’s still a clear breach of international law.” 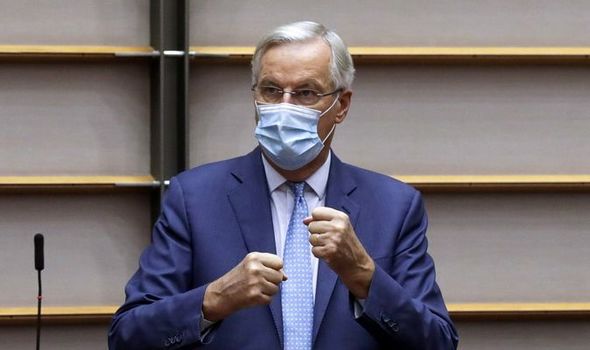 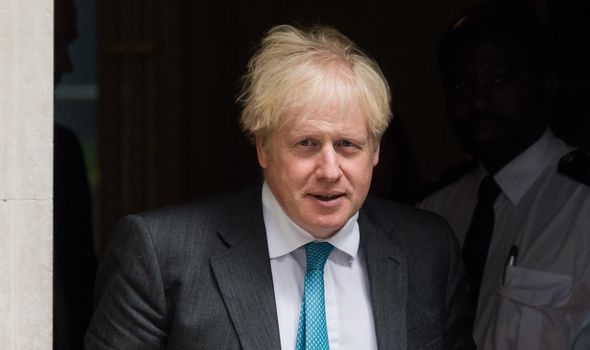 European Commission spokesman Eric Mamer insisted the EU still wanted the PM to drop the Bill by the end of the month.

Rejecting Mr Johnson’s claim that the EU was not negotiating in “good faith”, Mr Mamer said: “I think Michel Barnier showed in the context of the negotiations on the Withdrawal Agreement that even on politically sensitive issues the commission, and indeed the EU, negotiate in perfectly good faith.”

France’s European affairs minister Clement Beaune said: “If it’s a tactic, the madman strategy to scare your opposite number, it will not work. The Brits have repeatedly tried this strategy of aggression. It has never worked.”

A Government spokesman said: “The negotiating team had useful informal discussions with the EU this week and some limited progress was made. But significant gaps remain in key areas, including fisheries and subsidies.”

Meanwhile, US presidential hopeful Joe Biden said the Good Friday Agreement must not be a “casualty” of Brexit.

He added: “Any trade deal between the US and UK must be contingent upon respect for the agreement and preventing the return of a hard border. Period.”

Downing Street said it would continue to engage with the US “to ensure our positions are understood”.

A spokesman said: “The whole point of this, as the PM has set out, is to make sure the Belfast/ Good Friday Agreement is upheld.”