Brexiteer Tory MP John Redwood snapped at French MEP Philippe Lamberts as he insisted that “Britain cannot have its cake and it eat too” in the Brexit negotiations. Mr Lamberts argued that a trade deal with the EU that allowed market access had to ensure that the UK could not undercut other nations. He added that he did still want a trade deal between the UK and EU and that the UK should concede to ensure a prosperous future for both parties. 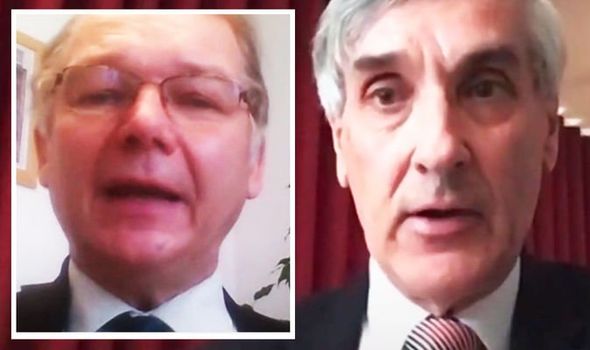 Mr Redwood argued that as a sovereign state, the UK should not be forced to abide by the rules of the European Union.

He noted that while a good trading relationship is ideal, the UK would not bow down to the European Union to get a deal, especially if it impacted the freedom to govern its country how it sees fit.

He said: “There doesn’t have to be an agreement if the EU doesn’t want one.

“They have been behaving very badly throughout this process.

“They don’t like Brexit but the British people do, we voted for it because we want to be free.”