Prime Minister Boris Johnson and Australian Prime Minister Scott Morrison agreed the broad terms of a free trade agreement (FTA) over dinner in Number 10 last night. Australia’s minister for trade Dan Tehan, said: “Both prime ministers have held a positive meeting in London overnight and have resolved outstanding issues.” The deal is intended to increase the volume of trade between the two countries above the current £20billion and will set the terms for future negotiations with other nations.

It comes after New Zealand’s former minister of defence, Dr Wayne Mapp, touted an “opportunity” for the Five Eyes nations to strike a “multilateral” deal with Brexit Britain.

He wrote: “All Five Eyes nations are looking to do free trade deals with Britain.

“Australia already has a free trade deal with the US, as of course does Canada, through the North American Free Trade Agreement (NAFTA).

“So there exists the basis of a multilateral free trade deal among all Five Eyes nations. The framework is largely in place. 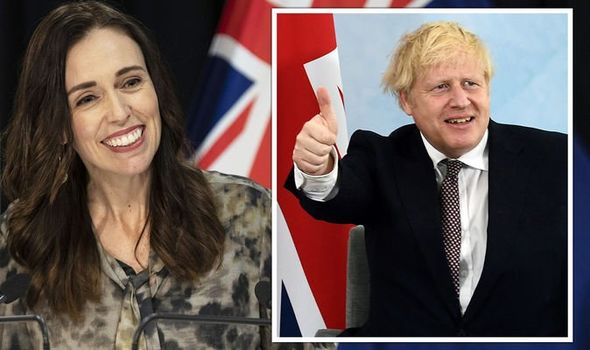 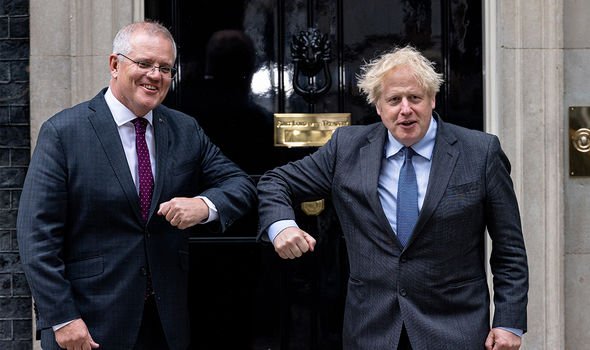 “A Five Eyes free trade agreement could appeal to many of those who opposed the Trans-Pacific Partnership (TPP).”

Five Eyes is an intelligence alliance comprising Australia, Canada, New Zealand, the UK and the US that dates back to the Cold War.

Dr Mapp said any trade disputes between the group could “be sorted through domestic courts” but called for a “multilateral trade court to deal with tariff and related issues”.

He added: “The Five Eyes nations have strong cultural, linguistic and economic affinities.

“It should be possible to also include provisions to improve the movement of people on work visas between the five nations. 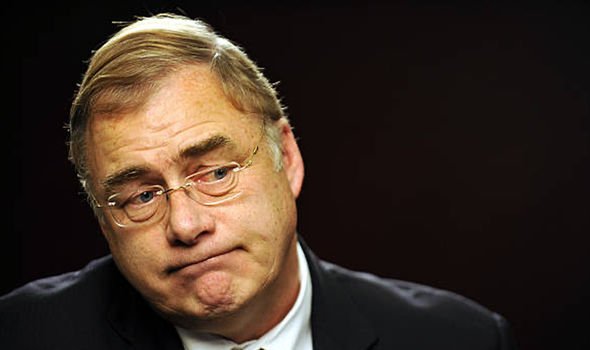 “For Australia and New Zealand, it strengthens their core security relationship with the US.

“Importantly it enables both countries to offset their dependence on the Chinese market.

“This will serve the interests of Australia and New Zealand as well as the US.”

Writing for the Australian Institute of International Affairs in 2017, the law commissioner said it was a time to act ‒ but last weekend’s G7 summit may have reignited the possibility.

Origins of the Five Eyes’ foundation can be traced back to informal secret meetings during World War 2 between British and US codebreakers. 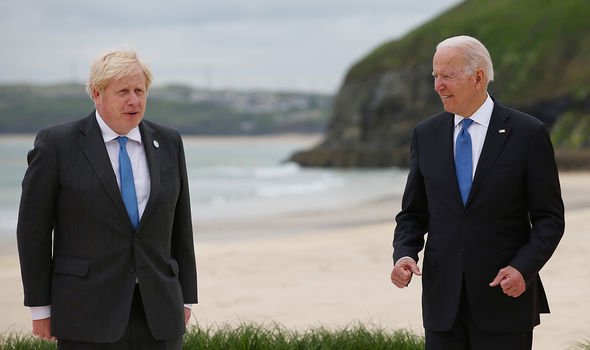 It was bolstered by the Atlantic Charter agreed by the Allies to lay out their goals for a post-war world.

On Friday, US President Joe Biden struck a fresh agreement with Mr Johnson.

Mr Johnson said: “While Churchill and Roosevelt faced the question of how to help the world recover following a devastating war, today we have to reckon with a very different but no less intimidating challenge – how to build back better from the coronavirus pandemic.”

Government defence advisor Nicholas Drummond told Express.co.uk that it is “ultimately” a “precursor to an Anglo-American trade agreement”.

He added: “I have no doubt that despite any differences politically, Boris Johnson and Joe Biden will have found much common ground. 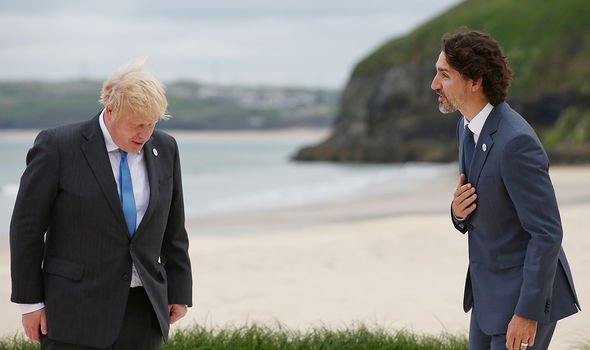 “There is more that binds us together than separates us.”

Before Brexit, the UK was automatically part of any trade deal the EU negotiated with another country.

At the time the UK left, the EU had about 40 trade deals covering more than 70 countries.

The UK has negotiated rollover deals with 66 of these – including Canada.

Britain’s next trade targets are said to be deals with New Zealand and the US, setting the possibility of a Five Eyes agreement.