Boris Johnson has resigned following a mutiny of ministers and aides. The dramatic Downing Street exit comes after months of scandal that eventually became too much for the Conservative party to bear. Mr Johnson certainly won’t be the last Conservative Prime Minister – but for how long did he manage to cling on to Number 10?

Who are the shortest reigning Prime Ministers?

Often referred to as the “The Unknown Prime Minister”, Mr Law resigned after becoming seriously ill with throat cancer and died later that year.

Alec Douglas-Home follows Mr Law, falling just short of a year in office with only 364 days as Conservative Prime Minister between 1963 and 1964. 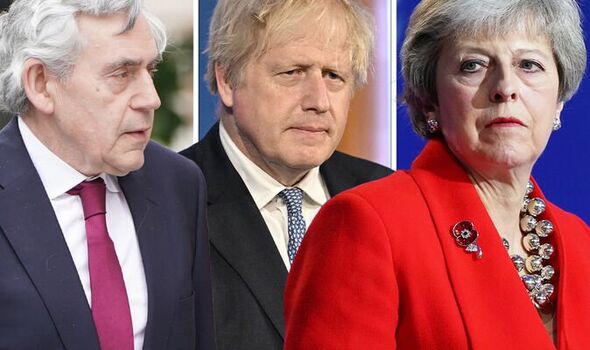 He took the helm following Harold MacMillan’s resignation due to ill health and the Profumo Affair, which later gave way to the election defeat by Labour in 1964.

Noted as one of the least successful Prime Ministers in British history, with the Suez crisis proving to be his downfall. 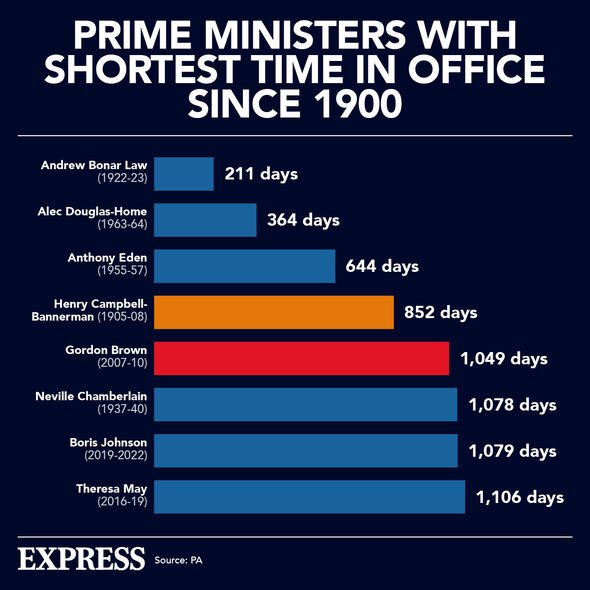 After suffering from a series of heart attacks, his health declined and he resigned as Prime Minister just 19 days before his death.

The first Labour Prime Minister to make the list, Mr Brown took over after the resignation of Tony Blair in 2007.

His premiership did not last long, however, with the hung parliament produced in the 2010 election which led to the coalition Government led by David Cameron. 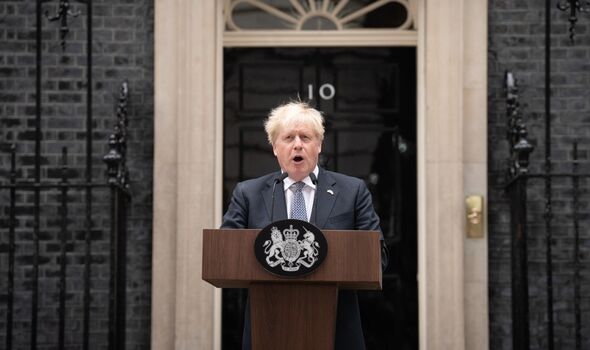 Mr Johnson’s predecessor Theresa May is also one of the shortest-serving Prime Ministers post-1900.

After winning the leadership contest created when Mr Cameron resigned following the 2016 EU referendum, she stayed in office for 1,106 days.

The first woman leader since Margaret Thatcher, who has one of the longest stints in Number 10, a series of mistakes by Ms May led to her downfall and paved the way for Mr Johnson to succeed her.

Ms May called a snap general election to strengthen her majority and mandate to pass her Brexit deal, only to fall foul of Labour’s huge boost under Jeremy Corbyn in 2017.

She stayed in office but failed to convince her MPs to back her deal, eventually tendering her resignation on July 24, 2019.

Boris Johnson is likely to outlast Ms May’s leadership record if a new Prime Minister is appointed after the parliamentary recess in the first weeks of September.

Boris Johnson is now the third British Prime Minister to resign from his role rather than leave office via a general election.