US Navy releases footage of ‘unsafe’ action from Iranian Navy

Yesterday, 3,700 sailors, aviators and marines aboard the Carrier Strike Group’s ten vessels said goodbye to their families as each vessel sailed separately to embark on a military exercise, Strike Warrior, which will act as a “final test” before it deploys properly at the end of the month. But strong-arm rivals threaten choppy waters ahead as the CSG travels through five seas and oceans and visits 40 countries in the months to come. Last night two Russian spy ships were already positioned in waters off Northern Scotland, desperate to harvest any intelligence as HMS Queen Elizabeth, bristling with its state of the art F-35B jets, approached. 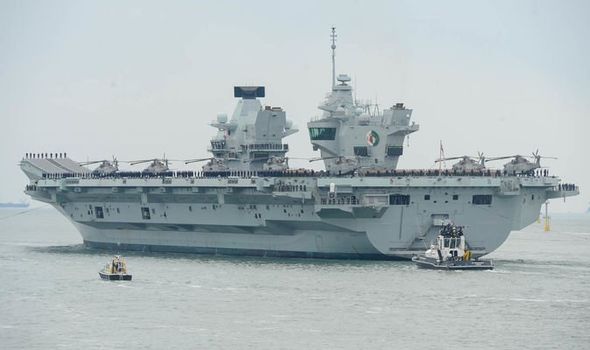 The Auxiliary General Intelligence Gathering vessels, believed to belong to Russia’s Northern fleet and bristling with listening and interception equipment, were spotted by a US Navy P8 maritime patrol aircraft, based at RAF Lossiemouth, south of Iceland a week ago heading towards steaming towards the West coast of Scotland.

Russia is believed to have planted other spy ships along the CSG’s route, with the Ivan Khurs, a Project 18280 intelligence collection ship, spotted in Port Sudan.

Moscow is aware, however, that two vessels from the carrier strike group will be peeling to spend some time in Putin’s back yard in the Black Sea during a short Nato-supporting deployment.

While Royal Naval sources were unconcerned about Russian surveillance  – with one suggesting “a nuclear submarine under their hulls is often enough to move them on”  –  trouble of a different type lies ahead once the group eventually leaves the Suez Canal and reaches the Red Sea – with intelligents ereports warnigs of potential suicide attack by Houthi rebels.

Last week Saudi forces destroyed a bomb-laden boat in the Red Sea two miles off a refinery hub at Yanbu last week, and warnings that Iranian backed Houthi rebels are about to mount an offensive in the busy waterway. 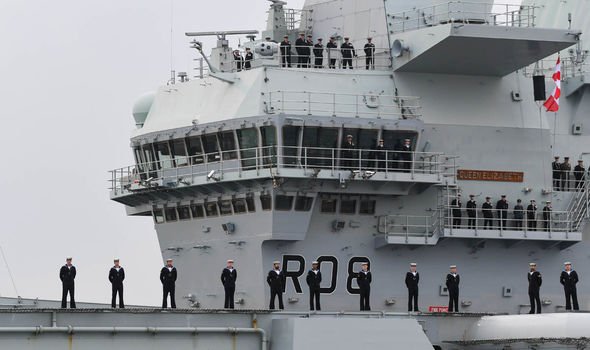 To counter this threat, British Special Forces acting as the CGS’ forward eyes and ears are to mount a top secret intelligence gathering mission of their own.

Arriving some three weeks ahead of the CSG a detachment of SBS commandos will join Saudi forces in an operation to ’sweep’ the Red Sea using drones and fast patrol boats as the carrier leaves the Suez and heads towards the Gulf of Aden.

In 2017 Houthi rebels attacked a Saudi warship killing two crew members and last year the Saudi-led coalition in Yemen said that it had recently detected and destroyed 171 sea mines dispatched into Red Sea waters by the Iran-backed insurgents.

Such is the risk to shipping that In March financial markets reported that the cost of providing cover for merchant ships through the Red Sea was to rise once again.

“This is a route that Royal Navy ships have taken for many years, but it is clear that the threat has risen. A reconnaissance has been made and we will have been on the ground as well as air assets,”’ said a source last night.

“This is a very dangerous part of the world, Houthis have planted mines, attacked Saudi ships and used drones in the these waters and our people will be deployed to counter the threats, both from suicide attacks and mines.”

It is as the CSG approaches the South China Sea that things may become more tense, however.

In 2018 China dispatched a frigate and two helicopters to challenge the presence of HMS Albion.

Though both sides remained calm during the encounter, they said it would take “necessary measures to safeguard its sovereignty”.

Recently Commander Tom Sharpe, former captain of a Type 23 frigate, told the Henry Jackson Society think tank: “We can guarantee China will over fly the group with aircraft and test its responses, and close in with surface ships, we may also be met by a Chinese submarine east of Suez.

“If they want to cause real mischief, they may try to repeat what they did in 2007 when an undetected Song class Chinese submarine emerged in the middle of a US fleet.

“This certainly leads to the possibility of miscalculation. But layers of defence start a long way out – they include intelligence gathering by satellites and cyber, which our submarine can do.”

Alessio Patalano, Reader in East Asian Warfare & Security at King’s College London, said: “We’ve heard about the shaping and influence part of this deployment but there will be risks too. The Royal Navy will approach the South China Sea with a certainty and awareness it will be constantly pressured by Chinese forces. 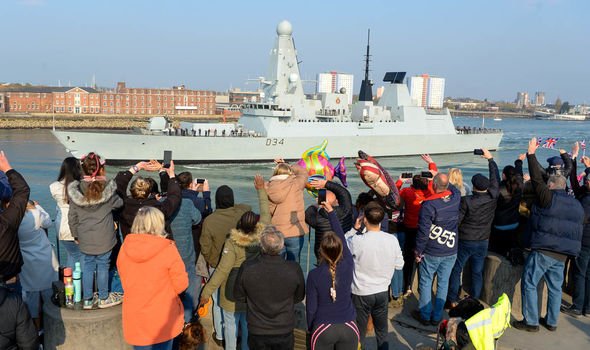 “China’s surface felt has grown greatly over the last decade, and they have plenty of frigates to spare. But, besides the PLAN we can expect Chinese coast guard vessels and even its maritime militia force to be watching every step of the way.”

The maritime element, Strike Warrior, will act as a final test of equipment before it sails to more distant waters Commanded by Commodore Steve Moorhouse, the group will contain a permanent core of ten vessels – including the US destroyer USS The Sullivans and the Dutch frigate HNLMS Evertsen – though it will be joined by other navies along the way for exercises. These include France, with its older carrier, Charles de Gaulle, India and Japan.

Before sailing, HMS Queen Elizabeth took delivery of 924 pallets of food and F-35B jet engines worth £20 million each in preparation for its 25,000 nautical mile voyage which will see it visiting 40 countries and taking part in 70 engagements.

It will carry 32 helicopters and jets, and its complement will include 250 US Marines.

Patalano added: “China considers itself the new kid on the block, and will feel that it has to demonstrate its own ability as the CSG approaches.

“They will be testing us.”