The three prisoners were to be charged for the first time, 18 years after their capture. Translation problems mean they wait one more day. 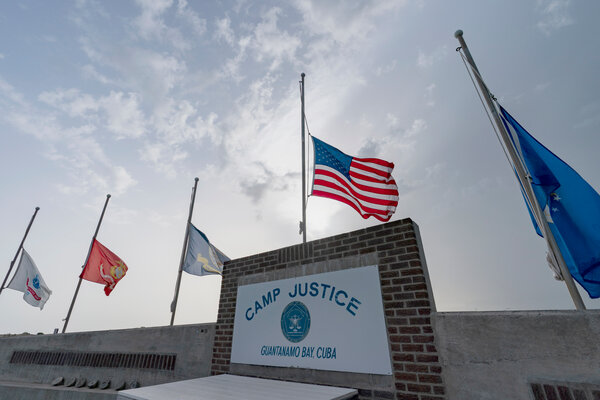 GUANTÁNAMO BAY, Cuba — Translation and interpretation problems on Monday delayed by one day military efforts to formally charge three Southeast Asian men — held by the United States for 18 years — with conspiring in deadly terrorist bombings in Indonesia in 2002 and 2003.

Prosecutors accuse the three prisoners — Encep Nurjaman, who is known as Hambali; Mohammed Nazir Bin Lep; and Mohammed Farik Bin Amin — of murder, terrorism and conspiracy in the 2002 nightclub bombings in Bali, which killed 202 people, and the 2003 Marriott hotel bombing in Jakarta, which killed at least 11 people and wounded at least 80.

Defense lawyers have called them torture victims who spent about three years in the secret C.I.A. prison network where agents used waterboarding, sleep deprivation, beatings, painful shackling and other now outlawed “enhanced interrogation” techniques to extract information from their captives.

In 2003, a C.I.A. interrogator told Mr. Hambali that he would never go to court, because “we can never let the world know what I have done to you,” according to a study of the C.I.A. program that was released by the Senate Intelligence Committee in December 2014.

Monday’s formal charging was meant to be a crossroads of sorts, the start of proceedings in a case that was approved by a Trump administration appointee on Jan. 21, the first full day of President Biden’s administration — and postponed by six months by pandemic restrictions.

The proceedings ended up being the latest example of the delays that have plagued Guantánamo’s justice system nearly 20 years after it was chosen to hold detainees captured after the Sept. 11 attacks and in the global effort to track down terrorists.