Brexit negotiatios are expected to reach a turning point on Friday after European Union leaders discuss the state of play during the latest EU Summit in Belgium. European Council President Charles Michel insisted the bloc is committed to striking a trade deal but said they will continue to push for the assurance of a level-playing field at the end of the transition period. Mr Michel said: “We want an agreement but we also want to protect the level-playing field.

“We are ready to continue to negotiate with the United Kingdom and we will have an opportunity to exchange views on the current state of the talks.”

He also warned Brussels will not agree to a “no-matter-what” deal for the sake of having an agreement in place.

It comes after Boris Johnson warned he would make a decision on the future of the Brexit negotiations in the aftermath of the Summit in Brussels.

Mr Johnson spoke to European Commission President Ursula von der Leyen on Wednesday, reiterating the UK’s commitment to a deal but criticising the lack of progress made in the trade talks over the past two weeks.

A spokesman for Number 10 said after the phonecall: “The Prime Minister noted the desirability of a deal, but expressed his disappointment that more progress had not been made over the past two weeks. 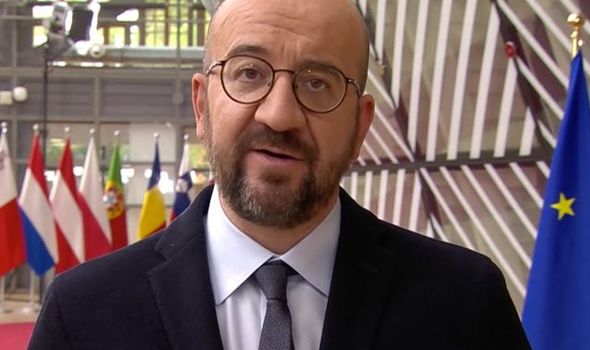 “The Prime Minister said that he looked forward to hearing the outcome of the European Council and would reflect before setting out the UK’s next steps in the light of his statement of September 7.”

But a document leaked ahead of the start of the summit suggested Michel Barnier will be asked to stick to his guns and resist until the UK agrees to making significant concessions on the future relationship.

The “draft conclusions” said: “The European Council recalls that the transition period will end on December 31, 2020, and notes with concern that progress on key issues of interest to the Union is still not sufficient for an agreement to be reached.

“Against this background, the European Council invites the chief negotiator to continue negotiations in the coming weeks, and calls on the UK to make the necessary moves to make an agreement possible.”

An earlier version of the conclusive document called on Mr Barnier to “intensify negations” to secure a trade deal was agreed before the end of the year.

READ MORE: Furious UK fishermen issue final warning to Boris – ‘Deal has to be on OUR terms!’