Brexit: Theresa May says she ‘won’t take lectures’ from Starmer

Sir Bill Cash praised Boris Johnson for his success in “delivering us from 48 years of subjugation to EU laws and European court jurisdiction and regaining our sovereignty.” Sir Bill, a leading eurosceptic, this week gave his assent to the agreement after convening the European Research Group’s (ERG) “star chamber” of legal advisers to review the Brexit trade deal struck last week. Taking the floor during Wednesday’s debate, the Stone MP said: “Our Prime Minister, a great classicist, like his hero Pericles, is the first citizen of his country, and like him has saved our democracy.

“Like Alexander the Great, Boris has cut the Gordian Knot.

“Churchill and Margaret Thatcher would have been deeply proud of his achievements, and so are we.”

Sir Bill added: “This Bill for our future relationship with the EU provides a new exciting era for our trade with Europe and the rest of the world on sovereign terms, not those of the EU, as with the Chequers deal.”

The Conservative MP also paid tribute to Lord David Frost for his hard work and to “our democracy and to the sovereignty of the mother of all Parliaments.” 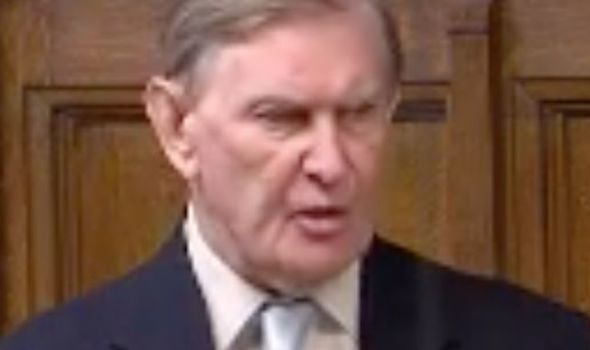 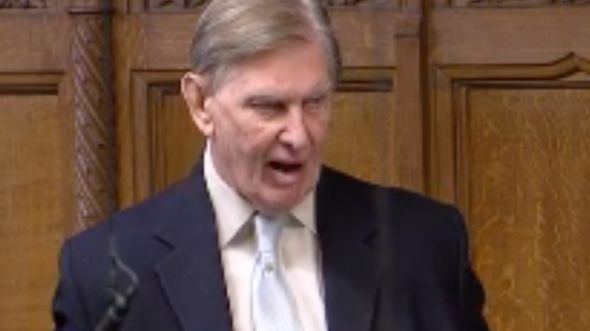 He conceded the UK still faces some challenges still as the country embarks on a new future independent from European Union restrictions but remained confident “we can and I believe we will” succeed out of the bloc.

As he urged MPs to back his trade deal, the Prime Minister insisted he wants the UK and the EU to have a friendly relationship going forward.

Boris Johnson said: “I hope and believe that this agreement will also serve to end some of the rancour and recrimination that we’ve had in recent years, allow us to come together as a country, to leave old arguments, old desiccated, tired, super-masticated arguments behind, move on and build a new and great future for our country.

“Because those of us who campaigned for Britain to leave the EU never sought a rupture with our closest neighbours we never wanted to sever ourselves from our fellow democracies beneath whose soil lie British war graves in tranquil cemeteries often tended by local school children, a testament to our shared struggle for freedom.”

He added: “Now with this Bill we’re going to become a friendly neighbour, the best friend and ally the EU could have.”

READ MORE: Speaker forced to intervene as Blackford rants at PM on independence