Wales is going into a short national lockdown, known as a “firebreak”, but the devolved government is facing criticism for a last-minute change banning shops allowed to stay open from selling some items.

Rules across the country are changing from 6pm on Friday 23 October until Monday 9 November in a bid to suppress a second spike of COVID-19.

With new rules on what people can and can’t do, and with supermarkets facing specific restrictions on what items they can sell, there are plenty of details to unpack. When is the change happening?

The new rules will come into effect for all Welsh residents from 6pm on Friday 23 October.

The only exceptions are for Remembrance Sunday events held on 7 or 8 November – they must be outside and with fewer than 30 people attending.

Children in Year 7 and 8 may also go back to school after the half-term break, as well as any youngsters who need to attend for exams, or those who go to special schools or pupil referral units. 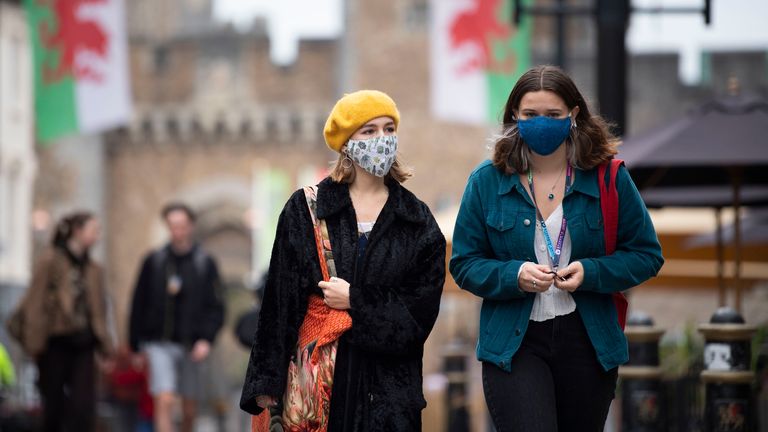 Could it last longer?

No, is the promise Welsh health minister Vaughan Gething made on Sky News.

But he said people shouldn’t expect to see a significant turnaround in case numbers by the time the firebreak ends, as it will take a few weeks for the hoped-for benefits to materialise. 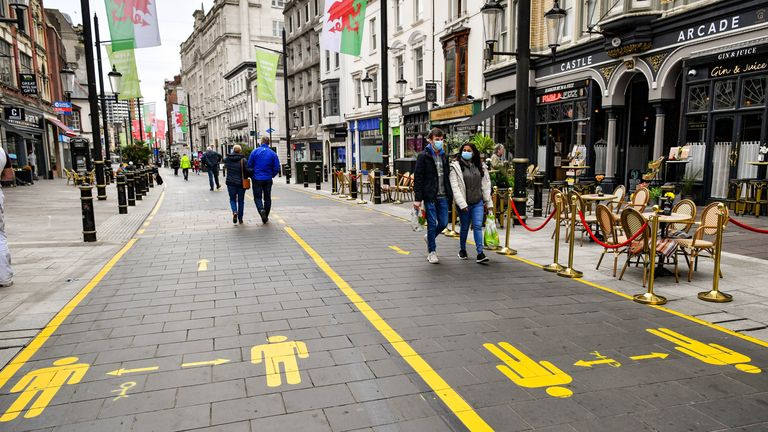 What are the new rules? 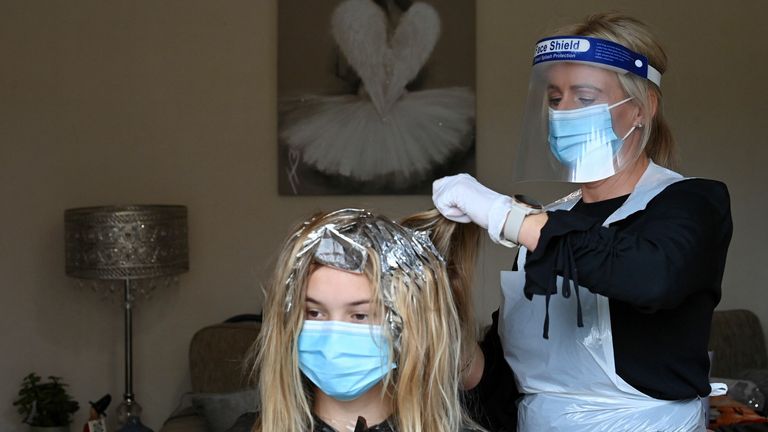 What can and can’t you buy?

The list of things provided by the government that people can buy are products which would be normally sold in:

Mr Drakeford has faced criticism from the Welsh Conservatives, accusing him of ordering “last-minute diktats” and sowing confusion as shops prepare for the rule change.

Sara Jones, head of the Welsh Retail Consortium, also said: “Compelling retailers to stop selling certain items, without them being told clearly what is and what isn’t permitted to be sold, is ill-conceived and short-sighted. We hope ministers will rethink this particular part of their fire breaker plan.”

And James Lowman, chief executive of the Association of Convenience Stores, said: “Retailers must not be forced to stop making products available to customers just because Ministers don’t think they’re essential. These regulations are badly thought out, providing little to no notice to retailers, and must be scrapped to avoid chaos in shops across Wales.” What about workers who carry out services in people’s homes?

The guidance says any profession whose premises are forced to close should not carry on providing their services in people’s homes.

It explains: “So for example, because there is a prohibition on hairdressers’ shops from opening as this is seen as a non-essential activity, mobile hairdressers are also not permitted to provide their services in clients’ homes or their own homes.

“This is to avoid gatherings of people being displaced from one setting to another, and to minimise unfair distortion of competition between similar businesses.” 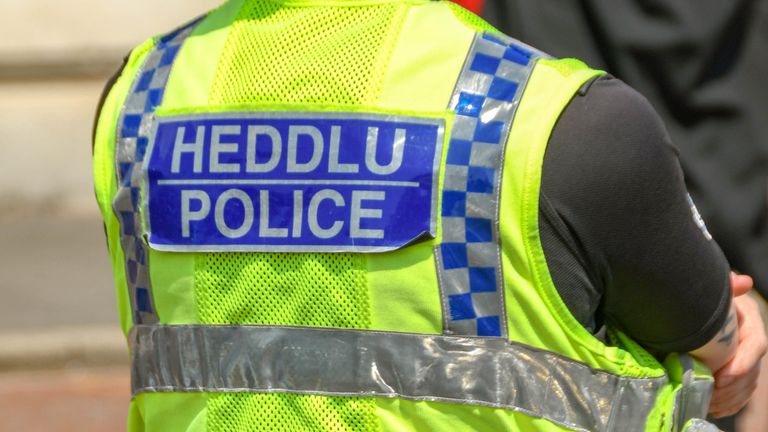 What is the punishment for those who break the law?