Boris Johnson is recovering from coronavirus at his country retreat of Chequers.

The prime minister is at the 16th-century Buckinghamshire mansion after a seven-night stay in London’s St Thomas’ Hospital.

He had been taken to hospital after his COVID-19 symptoms worsened and spent three nights in intensive care.

Speaking in a video released shortly after he was discharged from hospital on Easter Sunday, Mr Johnson admitted there was a 48-hour period when “things could have gone either way”.

He paid tribute to the NHS, saying there is “no question” it saved his life.

He thanked the “utterly brilliant” doctors and praised the nurses for their “astonishing” care, singling out two in particular – Jenny from New Zealand and Luis from Portugal – who stood by his bedside. 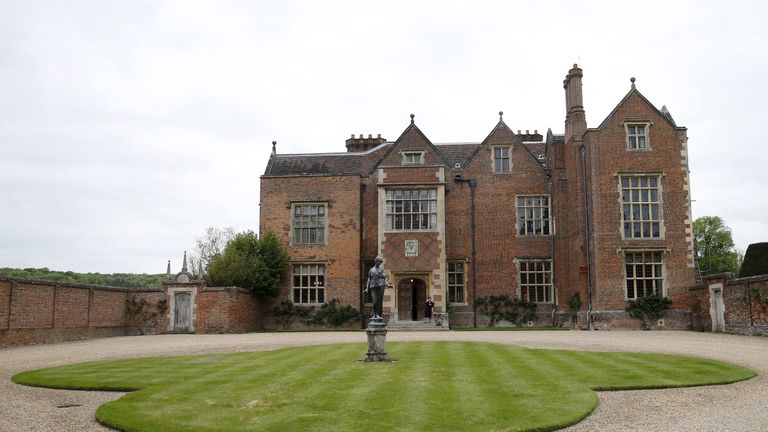 The PM said: “I have today left hospital after a week in which the NHS has saved my life, no question.

“It’s hard to find the words to express my debt – but before I come to that, I want to thank everyone in the entire UK for the effort and the sacrifice you have made and are making.”

He thanked the public for continuing to socially distance and to self-isolate, saying: “I do believe that your efforts are worth it, and are daily proving their worth.”

While he said the “the struggle is by no means over”, he appeared to offer some hope.

“We are making progress in this national battle because the British public formed a human shield around this country’s greatest national asset – our National Health Service,” he said. 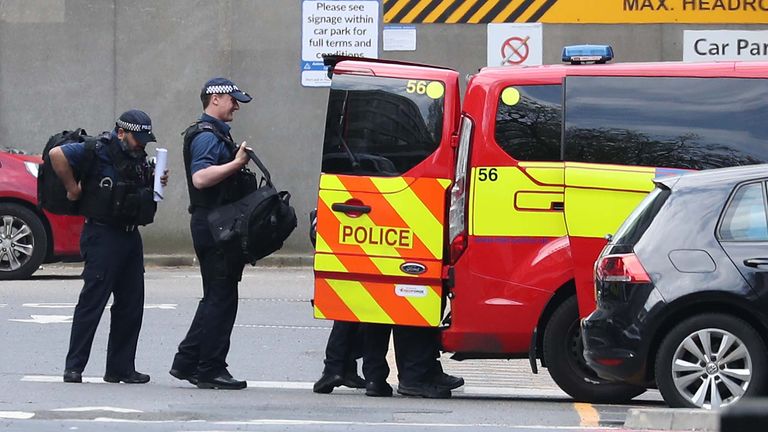 Mr Johnson will be enjoying Chequers and its 1,000-acre estate with his pregnant fiancee Carrie Symonds.

It is not clear when the prime minister will be back at work but Number 10 has said he will “not be returning to work immediately”.

Up until his admission to hospital, Mr Johnson had been in isolation and conducting meetings remotely.

It comes after the official number of UK deaths from the coronavirus passed 10,000 on Easter Sunday, described by Health Secretary Matt Hancock as a “sombre day”.

The UK’s strict social distancing measures are due to be reviewed on Thursday and it is not known what part Mr Johnson might have in those discussions.

Downing Street has said it will only consider lifting restrictions on the word of science and medical advisers.

But, according to the Telegraph and the Times, Chancellor Rishi Sunak is preparing to present modelling on the economic impact of extending the restrictions.

The National Institute of Economic and Social Research produced a report suggesting 25% of the UK economy could be lost by the summer due to the current controls, and the Times reported that Mr Sunak has told colleagues GDP could fall by a third in the second quarter.