Children are “significantly less” affected by coronavirus, a senior minister has told Sky News, as the government attempts to allay fears about some schools reopening from June.

Michael Gove said pupils and staff will be “as safe as possible” when kids in reception, year one and year six return to the classroom across England next month.

He played down fears as doctors, nurses, teachers and councils deepened their criticism of the COVID-19 lockdown being eased too early.

Prime Minister Boris Johnson has admitted his new “stay alert” message has caused “frustration”, as the death toll in the UK rose above 34,000.

Despite Scotland, Wales and Northern Ireland keeping strict social distancing in place, measures in England have been slightly relaxed to allow anyone who cannot do their job at home to go back into work, when it is safe to do so.

Schools have been put on notice to reopen to some children in several weeks, while some shops forced to close more than two months ago have been told they could start trading again from July.

Talks between teachers’ union representatives and government scientific advisers, intended to provide assurance about the government’s proposals to enable children to return safely, ended on Friday with union leaders saying the meeting had raised more questions than answers.

Cities such as Liverpool have also said they will not start reopening schools in June as the government wants. 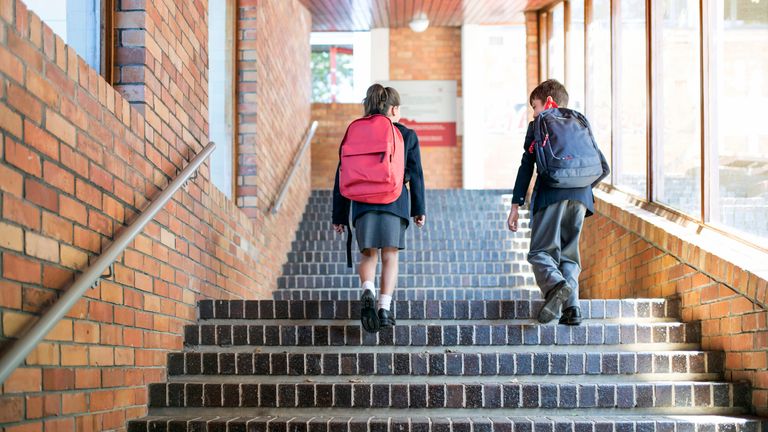 Mr Gove said the UK was following the likes of Denmark in reopening schools safely – citing academy chain heads and a private school body that back the move.

“We can provide a safe environment for teachers and for children,” he told Sky News’ Sophy Ridge on Sunday show.

“We can also ensure that children, particularly those from the least advantaged homes, have the benefit of a good education so that they can begin to make up on some of the progress that will inevitably have been lost during this period of lockdown.”

He added: “We know that children contract coronavirus but the impact is significantly less.

Mr Gove revealed around 17,000 workers have now been recruited for the government’s “test, track and trace” programme to track down people with the virus and others who have come into close contact with them to urge them all to go into self-isolation.

He added it will be up and running by the end of May, when testing capacity should be up to 200,000 a day.

But Labour said schools shouldn’t be forced to reopen fully until the contact tracing system is properly up and running and wants the government to publish its scientific advice behind the decision to open schools.

“The anxiety teachers and parents face would be a lot less if we had that test, trace and isolate strategy in place,” shadow Cabinet Office minister Rachel Reeves told Sky News.

“The government has got a lot more work to do to give that confidence that it’ll be safe to have more children coming into school in two weeks’ time.”