Coronavirus test results initially took too long to come back because the government’s focus was on ramping up capacity at “breakneck speed”, a former health secretary has said.

Jeremy Hunt told Sky News there had been “lots of bumps in the road”, and that the “unintended consequence” of increasing test numbers was results “were taking much too long to come back”.

It comes after Sky News revealed just how the government assembled the UK’s coronavirus testing programme, with officials admitting they “completely buffed the system” and that “we will probably never know” how many people have been tested.

Labour has called for ministers to “come clean” and release the results of an internal audit which showed some figures on COVID-19 tests do not add up.

Mr Hunt said it is “widely recognised” the “wrong” approach was taken at the start of the pandemic, when the government moved from the contain to delay phase of the UK’s response by stopping community testing on 12 March.

“But then we had to catch up and we had to do it very quickly,” Mr Hunt told Sky News, at a virtual event hosted by think-tank Policy Exchange.

“So I don’t criticise [Health Secretary] Matt Hancock at all for the fact that we went at breakneck speed in April to get our testing capacity up to 100,000. I’m sure there were lots of bumps in the road in that process.

“But the fact is because he managed to get our capacity up to around 100,000 a day by around the end of April, we were able to move into test and trace which is globally the process that worked the best.

“So I’m not surprised there are stories of that.”

He said: “What I would say is that the danger of big national targets is that they focus everyone’s attention on the process and not the outcomes.

“So one of the things that happened as a result of that target was that everyone was madly trying to get the testing numbers up, but sometimes the tests were taking much too long to come back.

“And that’s why in a test and trace process you really need to get the test results back in 24 hours, which we are now doing most of the time. But that was one of the unintended consequences.” 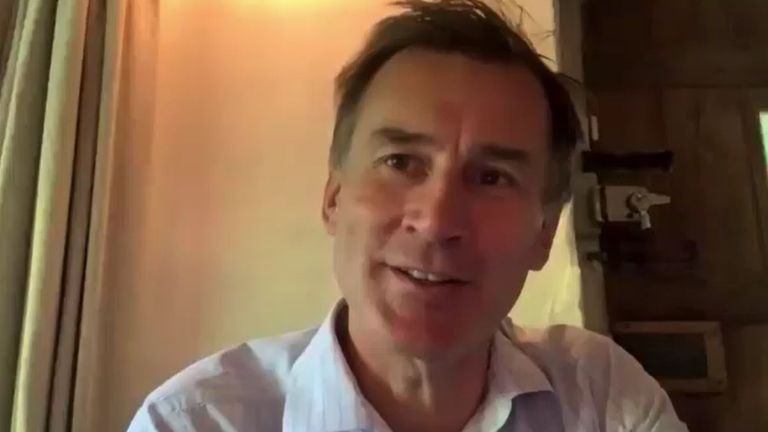 A Department of Health and Social Care spokesperson defended the government’s response, saying they “rapidly built, from scratch, a large-scale testing programme and can now provide a test to anybody who needs one”.

They added: “Over 11 million tests have been delivered so far and we have the capacity to carry out more than 300,000 tests per day – helping to curb the spread of the virus and save lives.

“Throughout the pandemic, we have been transparent about our response to coronavirus and are always looking to improve the data we publish, including the way we update testing statistics.

“We have engaged with the Office of National Statistics and the Office for Statistics Regulation on our new approach to these publications and will continue to work closely with them as we develop these figures.”