He hailed a “collective national effort” as latest figures revealed the number of people having part of their wages paid under the scheme is at its lowest this year – falling by 900,000 in April to 3.4million. The back-to-work drive was led by UK pubs, which were finally allowed to reopen on April 12.

Freedom Day on June 21, when all coronavirus restrictions are due to end, is expected to give the jobs market another big boost. More than £64billion has been splurged on furlough, helping 11.5million workers keep their jobs.

Mr Sunak said: “At the beginning of this crisis I said we needed to support one another through a collective national effort.

“Our unprecedented furlough scheme has been the embodiment of that sentiment. And, with more than 11.5million jobs supported, I am proud of what it has achieved.

“But as the vaccine rollout advances, and we start to see people back in pubs, shops and on our high streets again, it’s right that the scheme begins to wind down.

“With 1.3million people moving off furlough in March and April, we can see our Plan for Jobs is working – and that the UK is getting back on its feet.”

Despite the falling numbers, ministers have indicated furlough could be extended beyond September. 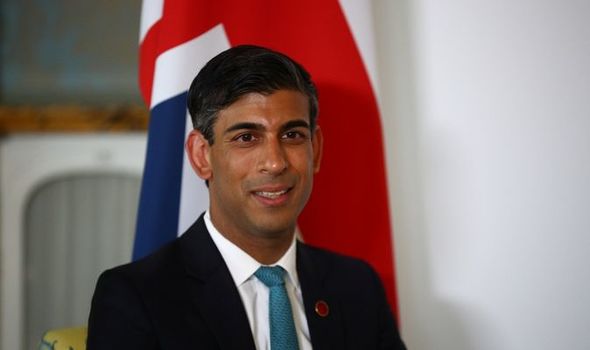 But Mr Sunak was confident the number of people being paid by the scheme will continue to drop.

He said: “There are even more positive signs showing up in May’s data when, according to… the ONS, [Office for National Statistics] the number of people on furlough will fall even further.”

The ONS estimates that businesses in the “beverage serving” sector reduced the number of people on furlough by 72,500 in April. But the sector had the highest furlough take-up rate, with 70 percent of staff not yet back at work.

That compares with just 12 percent across all work sectors.

Other hard-hit industries include hotels, airlines and photography, where more than 50 percent of staff are still furloughed.

Some sectors, including travel agencies and arts and entertainment, are seeing slower decreases in furlough rates than others.

But Mr Sunak insisted the scheme is helping companies across the UK. He said: “We are providing the right balance, supporting thousands of businesses and millions of employees as they get back to what they do best.

“Our plan supported the nation, provided certainty and is continuing to help businesses.”

Dan Tomlinson, senior economist at the Resolution Foundation, said the latest furlough figures are “an encouraging indicator” that the labour market is recovering quickly.

But he warned: “With around one in six young workers still on furlough at the end of April, today’s figures are a stark reminder of the risk of rising unemployment when the furlough scheme ends.

“The Government must do all it can to ensure those workers find work as quickly as possible.”

The furlough scheme, which pays 80 percent of staff wages, is set to last until the end of September.

The Chancellor is due to meet with G7 finance ministers today when he is expected to push for big tech firms to pay more tax in the countries where they operate.