Laboratories to test current and new COVID-19 vaccines against variants of concern are to be built at Porton Down, the government has announced.

A total of £29.3 million will go towards building the “state-of-the-art” laboratories at Public Health England’s new testing facilities at the Ministry of Defence’s top-secret complex in Wiltshire.

Scientists will be able to test 3,000 blood samples a week – more than four times the current number – for the levels of COVID-19 antibodies generated by vaccines so they can assess their effectiveness against variants of concern.

Increasing the number of tests will allow vaccines designed to “combat specific mutations of COVID-19” to be developed quickly, the Department of Health and Social Care said.

There are fears about vaccines not being effective against variants that can be more transmissible and more deadly.

Since the pandemic started in March 2020, the virus that causes COVID-19 has managed to quickly develop several mutations that have concerned scientists, including the Kent, South African, Indian, and Brazil variants.

Anthony Harnden, deputy chief of the Joint Committee on Vaccination and Immunisation (JCVI), which advises the government, warned in March booster vaccines to fight future variants may be needed as early as this autumn.

Health Secretary Matt Hancock said: “The UK has proven itself to be a world-class force in the production of COVID-19 vaccines, with the Oxford/AstraZeneca, Novavax and Valneva vaccines all researched, developed or manufactured on British soil.

“We’ve backed UK science from the very start of this pandemic and this multi-million pound funding for a state-of-the-art vaccine testing facility at Porton Down will enable us to further future-proof the country from the threat of new variants.

“We are committed to supporting the UK’s flourishing life sciences industry and this announcement is yet another critical way we will build back better to protect the country over the coming months and years.” 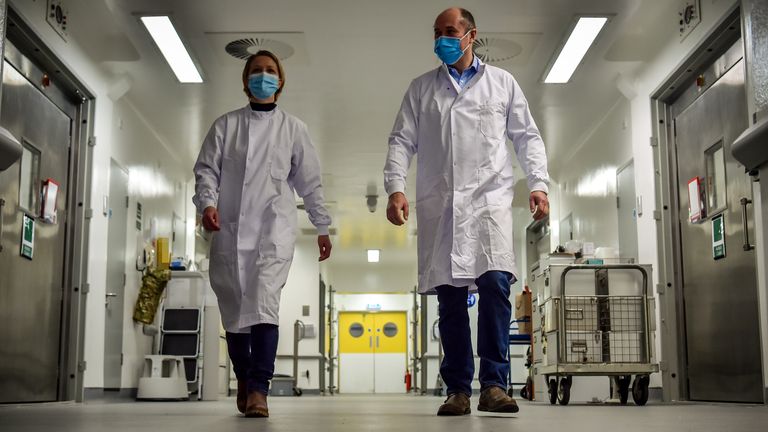 The new laboratories will be in addition to facilities at Porton Down approved in September that will more than double the current clinical testing of vaccines from 700 variant samples a week to 1,500 by January 2022 at a cost of £19.7 million.

A date for when the new laboratories should be finished by has not been released by the government.

Dr Jenny Harries, chief executive of the newly formed UK Health Security Agency (UKHSA), said a new variant that can escape the current vaccines is “the greatest risk of a third wave” and the new investment will “help us stay one step ahead of the virus”.