Members of a coronavirus campaign group will be able to attend the Conservative Party conference after initially having their application rejected.

COVID-19 Bereaved Families for Justice, made up of 4,000 people who have lost a loved one, hit out after being told its members would not be allowed into next month’s event in Manchester.

But Sky News understands from a Conservative Party source that the group has been told it can go, and that the rejection was an error that was changed once it was reviewed. 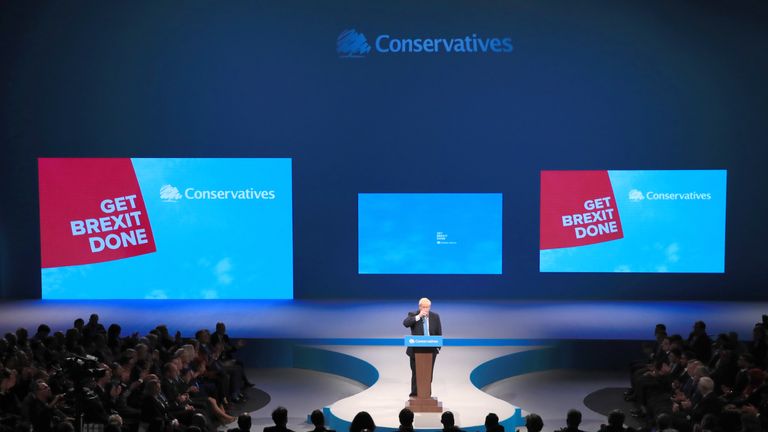 Lobby Akinnola, a spokesperson for the group, said: “The Conservative Party has just U-turned and decided that we can in fact attend their party conference.

“Their initial decision to disallow bereaved families from attending was disgraceful, and we hope that there is a genuine acknowledgement of that and that they are prepared to work with us.

“Laughably, they’ve claimed the initial decision was ‘an error’. Funny that the error wasn’t spotted when we initially asked for an explanation for the decision, and only when the news broke in the media.

“Unfortunately it seems that we keep having to correct government ‘errors’, which is exactly why they need to start engaging with bereaved families and stop trying to avoid us.”

Ms Akinnola said earlier that the initial rejection was “deeply upsetting for families who are already in grief”.

The group said it wanted to attend the conference so party members, MPs and ministers could “hear our stories and work with us to learn lessons and stop more families from experiencing the same tragedies that we have”.

Subscribe to the All Out Politics podcast on Apple Podcasts, Google Podcasts, Spotify, Spreaker

It said when it had first sought an explanation, the party said it did not comment on the “reasons behind an individual’s or group’s unsuccessful conference application”.

COVID-19 Bereaved Families for Justice, which has been calling for a planned public inquiry into the government’s handling of the pandemic to begin sooner, said “not a single” minister has met with the group so far.

The campaign group will be attending Labour’s conference in Brighton, which begins this Sunday.