Eleven local authorities are to be placed into Scotland’s highest level of coronavirus restrictions.

The areas will enter Level 4 of the country’s COVID-19 measures for three weeks from 6pm on Friday, First Minister Nicola Sturgeon announced during a statement in the Scottish parliament.

At the same time two areas, East Lothian and Midlothian, will move from Level 3 to the less stringent Level 2 from next Tuesday following a “marked decline” in the prevalence of coronavirus.

The Level 4 status for the 11 areas will be in force “for a limited time”, Ms Sturgeon said, with the hope that they will soon be able to move back down to Level 3. 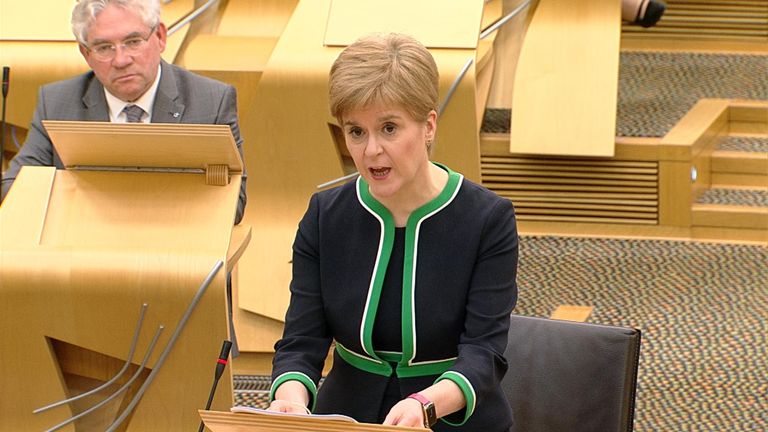 The Scottish first minister told MSPs the move was intended to be “short and sharp” and is “specifically intended to have an impact in advance of Christmas and the most challenging winter period”.

Ms Sturgeon said lifting the Level 4 restrictions ahead of Christmas and before the end of Hanukkah would allow a “greater degree of freedom” around celebrations.

“We will assess nearer the time the level that will apply in each area when the Level 4 restrictions end on 11 December,” she added.

The first minister expressed her hope the affected areas would be able to move to Level 2 “much more quickly than would otherwise be the case”.

But she warned “there are grounds for continued and significant concern” in all 11 areas. 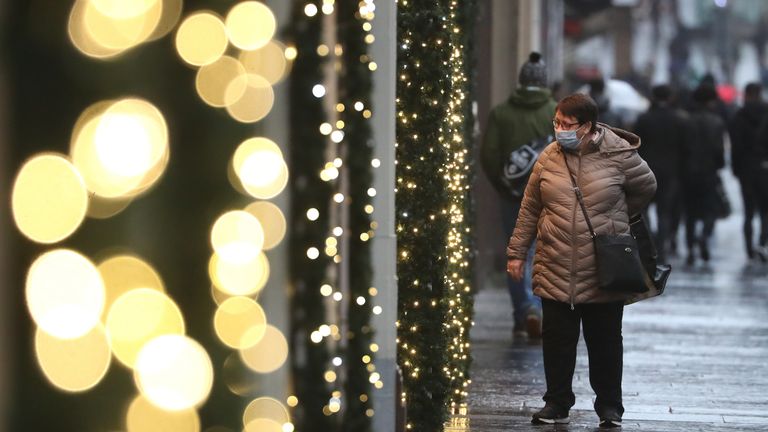 Indoor sports facilities will also be shut, although outdoor gyms and outdoor non-contact sports can continue.

Residents will not be able to meet anyone from another household indoors in private homes, although they can meet indoors in a public place as long as they maintain social distancing.

Up to six people, from two different households, can meet in a public venue indoors and children under the age of 12 do not count towards the total number of people.

The same rule of six applies to two different households meeting outdoors, although those aged between 12 and 17 meeting in groups of up to six are not subject to the two-household limit.

Acts of worship indoors are limited to a maximum of 20 people, as long as social distancing is maintained, while weddings must have a maximum capacity of 15 people – including the couple – and funerals can take place with a maximum of 20 guests.

Schools in Level 4 areas will remain open, but unnecessary travel outside of those areas should be avoided.

Ms Sturgeon said existing restrictions on household gatherings and hospitality that had been in place in recent weeks had “made a difference” and had “flattened incidence considerably”.

She said Scotland had once been on track to see 3,000 new COVID-19 cases per day, which had been averted, but that “the overall level of infection remains higher than we need it to be”.

“And the national picture is masking significant regional variation,” she added.

There were 1,248 cases reported in Scotland on Tuesday, with the total number of deaths from COVID-19 in Scotland set to pass 5,000 this week.

As the second wave of COVID-19 infections hit the UK this autumn, Ms Sturgeon announced the new five-tier system to replace previous restrictions last month and it came into force at the beginning of November.