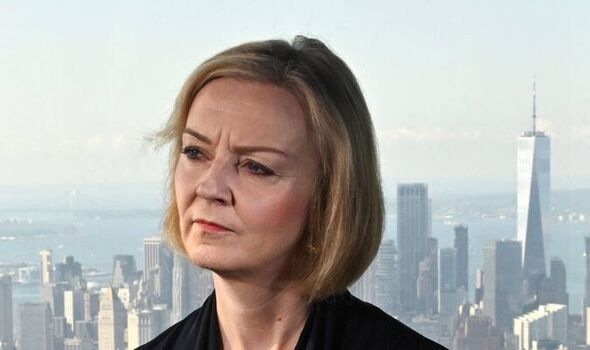 She acknowledged parts of the plan were controversial but said it had been vital to act quickly to “get the economy going”. “We had to take urgent action to get our economy growing, get Britain moving and also deal with inflation,” Ms Truss said. “Of course that means taking controversial and difficult decisions but I am prepared to do that.”

Without the growth plan the country would be “facing higher inflation and more likelihood of an economic slowdown,” she added.

One of the most controversial measures in the financial statement was the decision to end the cap on bankers’ bonuses.

Ms Truss insisted she was on “the side” of red-wall voters but she “wouldn’t apologise” for also wanting the City to be a success.

The government is working “very, very closely” with the Governor of the Bank of England, she added.

“We are facing very difficult economic times. We are facing that on a global level,” the PM  said in a series of interviews with the BBC’s local and regional stations.

“Of course lots of measures we have announced won’t happen overnight. We won’t see growth come through overnight.

“What is important is that we are putting this country on a better trajectory for the long term.”

The £45 billion tax-cutting package spooked markets and forced the Bank of England to intervene.

Polling on Thursday put Labour on a 33-point lead over the Conservatives following the financial turbulence.

The YouGov research has Sir Keir Starmer’s party on 54 percent to the Tories on 21 percent.

It means Ms Truss faces an enormous challenge to boost the mood in the Tories as she addresses the party’s autumn conference for the first time as Prime Minister next week.

Chancellor Kwasi Kwarteng insisted the mini-budget was “absolutely essential” to improving economic growth in the UK.

“What we are focusing on is delivering the growth plan and making sure with things like our energy intervention that people right across this country are protected,” he said.

“That’s why the mini-budget was absolutely essential in re-setting the debate around growth and focusing us on delivering much better outcomes for our people.” 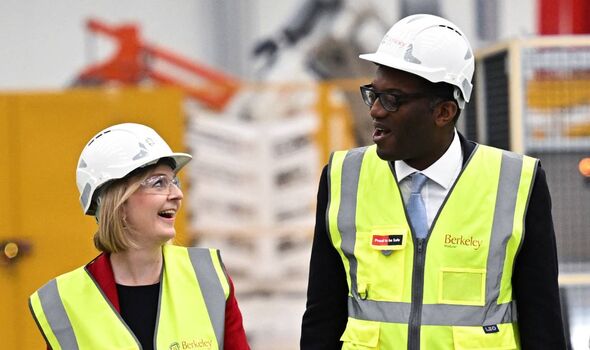 “We’ve got the growth plan,” he said. “We’ve got the energy intervention that is saving thousands of pounds a year, we’re putting more people’s income into their own pockets through tax cuts.”

“We’re very, very focused on making sure that the cost-of-living pressures can be withstood by ordinary people right up and down this country.”

Mr Kwarteng said it was “premature” to decide whether benefits would be increased in line with inflation but he is “absolutely focused on making sure that the most vulnerable in our society are protected through what could be a challenge”.

Huw Pill, chief economist at the Bank of England, said the turmoil cannot all be put down to global events as there is “undoubtedly a UK-specific component” to recent market movements.”

Silvana Tenreyro, from the Bank’s Monetary Policy Committee, said the drop in the value of the pound against the dollar will influence where the Bank decides to set interest rates because it will increase inflation.

“The US is super important in the reserve currency – a stronger dollar means higher import prices everywhere, so we take that into account,” she said.

“We account for the pass-through from higher import prices into inflation as part of our forecast and our decision-making process.”

Treasury Select Committee, Mel Stride, said it is “critical” that economic analysis of the Chancellor’s mini-Budget is brought forward after the tax-cutting plans threw the markets into turmoil.

The Conservative MP said the Office for Budget Responsibility (OBR) – which was not asked to provide a forecast when the fiscal announcement was made last week – and the Chancellor’s next planned statement on November 23 should be brought forward to the end of October.

“So it is critical that OBR forecast and Chancellor’s statement are brought foreword to end October or earlier.”

Mr Stride also confirmed that the OBR would issue it first draft of forecasts on the fiscal plans privately to the Treasury on October 7.