WASHINGTON — At a meeting with Treasury Secretary Janet L. Yellen last month, Jeff Williams, the mayor of Arlington, Texas, laid out his grim economic predicament: Heavy spending on coronavirus testing and vaccine distribution had dwarfed dwindling tax revenue, forcing the city to consider painful cuts to services and jobs. While sluggish sales and tourism were partly to blame, the big worry, Mr. Williams said, is the empty buildings.

Those dormant offices, malls and restaurants that have turned cities around the country into ghost towns foreshadow a fiscal time bomb for municipal budgets, which are heavily reliant on property taxes and are facing real estate revenue losses of as much as 10 percent in 2021, according to government finance officials.

While many states had stronger-than-expected revenue in 2020, a sharp decline in the value of commercial properties is expected to take a big bite out of city budgets when those empty buildings are assessed in the coming months. For states, property taxes account for just about 1 percent of tax revenue, but they can make up 30 percent or more of the taxes that cities and towns take in and use to fund local schools, police and other public services.

The coming fiscal strain has local officials from both parties pleading with the Biden administration and members of Congress to quickly approve relief for local governments.

Lawmakers in Washington are negotiating over a stimulus package that could provide as much as $350 billion to states and cities. The aid would come after a year of clashes between Democrats and Republicans over whether assistance for local governments is warranted or if it’s simply a bailout for poorly managed states.

On Saturday, the House passed a $1.9 trillion bill that would provide aid to cities and states and garnered no Republican support. The Senate is expected to take up the bill this week with a vote that is likely to break down along similar party lines. Republicans have continued to object to significant aid for states, saying most are in decent financial shape and cherry-picking data to support their argument, such as revised budget estimates that show improvement because of previous rounds of federal stimulus, including generous unemployment benefits.

For local officials from both parties, however, the help cannot come soon enough and they have been making their concerns known to Treasury officials and members of Congress.

“The pandemic is raging on and the economic impacts are very real,” said Mr. Williams, a Republican.

The pandemic has upended America’s commercial property sector. In cities across the country, skyscrapers are dark, shopping centers are shuttered and restaurants have been relegated to takeout service. Social-distancing measures have redefined workplaces and accelerated the trend of telecommuting. The $16 trillion commercial property sector is being stressed in ways not seen since the Great Recession of 2008.

According to Moody’s, the credit rating firm, commercial real estate values are projected to decline by 7.2 percent nationally from their pre-pandemic levels, bottoming out by the end of this year. The hardest hit categories are the office and retail sectors, with values declining by 12.6 percent for offices and 16.5 percent for retailing.

American cities are facing red ink for a broad swath of reasons but the pain is unevenly distributed. In some cases, rising residential real estate values will make up for the commercial property downturn and some segments, such as warehouses, have been doing well as online shopping lifts demand for distribution centers. States that do not have income taxes, such as Florida and Texas, are more vulnerable to fluctuations in real estate values.

The overall picture is problematic, and the National League of Cities, an advocacy organization, estimates that cities could face a $90 billion shortfall this year.

Big cities are bearing the brunt of the office exodus. Figures provided by CoStar show that available office space in some of the largest markets has swelled from the end of 2019 to the end of 2020. Unused space in San Francisco increased by nearly 75 percent last year, while empty office space increased by more than 25 percent in Los Angeles, Seattle and New York City.

Mayor Bill de Blasio of New York warned in January that property tax revenues were forecast to fall by $2.5 billion next year as the value of hotel, retail and office properties has fallen by 15.8 percent. With real estate making up about half of New York’s annual tax revenue, the city is planning to cut thousands of jobs this year. 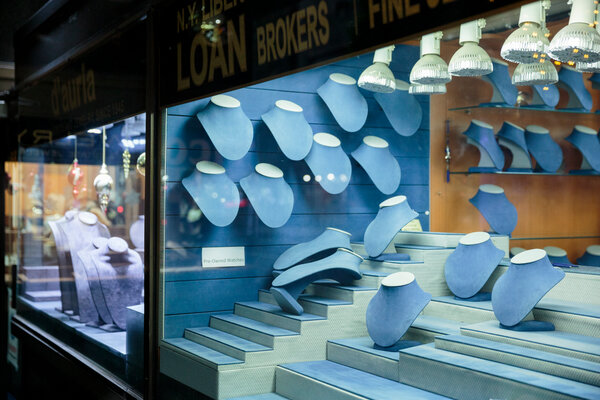 Victor Calanog, the head of commercial real estate economics at Moody’s, said that in some big urban markets, rent collection rates had fallen to about 75 percent, putting pressure on owners and landlords who need to repay their loans. Eviction moratoriums and uncertainty about what degree of normalcy will return to the office sector as vaccines are rolled out has made projecting the industry’s fortunes even more difficult.

“Companies were dragged kicking and screaming to the world of letting people work remotely,” said Mr. Calanog, who has been working from his home in New Jersey for the last year. “The genie is out of the proverbial bottle.”

The extent of the fiscal pain facing municipalities will be clearer in the coming months as commercial property assessments come in and owners, who view the values as inflated, contest their tax bills.

Jason M. Yarbrough, a real estate lawyer in Pittsburgh, said he had been fielding a growing number of calls from property owners seeking to file their 2021 appeals. With buildings and stores sitting vacant, some owners have seen their assessed values reduced by millions of dollars after challenging their assessments — lowering their tax bills by hundreds of thousands of dollars.

Lawmakers and Treasury officials have been aware of the strain on the sector. Last year, Representative Van Taylor, Republican of Texas, introduced legislation that would allow the federal government to take a small ownership stake in hotels and other companies and the industry lobbied hard for aid. But commercial real estate has been one of the few sectors not to receive direct government support in the relief packages that Congress passed in 2020.

The Treasury Department under Steven Mnuchin struggled to come up with a support program for the sector and rescuing rich property owners was politically untenable in Congress.

Despite the stress on the commercial real estate sector, it has proved to be relatively resilient so far. But policymakers are keeping a close eye on the potential for more problematic fallout as the pandemic persists.

Esther George, president and chief executive of the Federal Reserve Bank of Kansas City, said in a February speech that emergency lending and relief programs had largely kept rent payments flowing, preventing delinquency rates on bank loans secured by commercial properties from rising as high as some analysts had feared. However, she suggested that more might need to be done.

“A worrying scenario is that the economic impact of the pandemic outlasts the policy support programs currently in place,” Ms. George said. “Should that occur, many renters and businesses could find themselves unable to meet their obligations, forcing banks to realize losses on existing loans and weighing on credit growth and broader economic activity.”

Even some economists who have expressed skepticism about municipal aid have acknowledged that lost commercial property tax revenue is an area that could use some targeted shoring up. However, they remain concerned about Congress writing checks to cities that do not need the money with a blanket bailout.

“I’m actually quite worried about the commercial real estate sector,” said Douglas Holtz-Eakin, president of the American Action Forum and a former director of the Congressional Budget Office who has advised Republicans. “I have no objection to there being some sort of support for that particular area.”

Many in the real estate industry have been frustrated by the restrictions that cities and states have imposed on businesses because of the pandemic, blaming them for bankruptcies and plummeting property values.

Jacob Wintersteen, a real estate developer in Texas and the finance chairman for the Houston area for the state’s Republican Party, said he feared local governments would continue with pandemic restrictions if they knew the federal government would prop them up.

Although the lobbying efforts of the commercial real estate industry were unsuccessful, groups that represent municipalities are using the plight of the sector to push Congress for their own relief. In a letter to members of the House and Senate in February, the Government Finance Officers Association warned that property tax revenue was facing a cliff.

“The lack of growth and loss in property and sales taxes nationally will continue to have a chilling effect on the economic recovery from the Covid-19-induced recession,” wrote Emily Swenson Brock, director of the Government Finance Officers Association’s Federal Liaison Center. “Early investment in additional financial resources directed at shoring up state and local revenue streams will protect critical safety net services across the United States.”

Ms. Brock said in an interview that Ms. Yellen had been receptive to her organization’s concerns.

In the meantime, property owners are grappling with what to do with their unused space and businesses are trying to decide what they will need in the future.

Drew Levine, a senior vice president at the commercial real estate brokerage Colliers in Atlanta, said that some tenants were looking to buy out their leases, others were trying to sublease vacant space and many were just waiting out the health crisis if they can afford it. Few companies are signing contracts to rent new space, however, and big corporate clients have indicated that plans for their office portfolios over the next few years remain in flux.

“Office occupiers are not ready to take the risk of going back to the office for the most part,” said Mr. Levine, who was working in a largely empty building in midtown Atlanta and has seen his commute across a city known for traffic congestion shrink to 10 minutes. “The streets are empty, I could park anywhere and jaywalk across Peachtree Street.”