Macron is a ‘little king in his castle’ says protester

French farmers walled up the public finance centre in Millau with tires on Thursday. Similar actions took place in front of the tax centres of a dozen towns in Aveyron to protest against the CAP which provides for a reduction in aid.

Some clashed with police in the towns of Bourges and Toulouse.

About 400 farmers drove into the towns on tractors. They had posters with inscriptions such as “Save your farmer” and “Macron, don’t do nonsense – there will be elections soon”.

The regional branch of the French Farmers’ Association (FNSEA) and the young farmers’ organisation JA had called for the action. 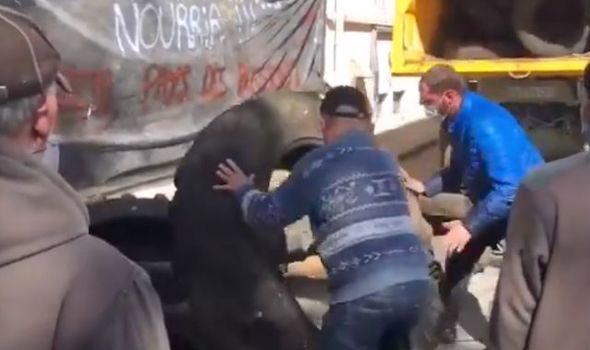 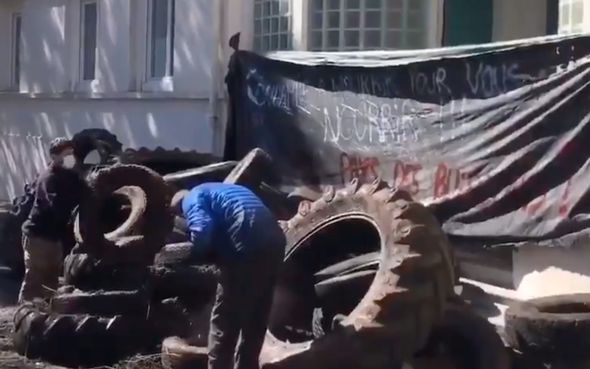 Supporting the protesters, Les Patriotes leader Florian Philippot said Frexit should be the next and only step to secure a fair agricultural policy for France.

He said: “Well done to the farmers! They must now fight for Frexit.

“Unique solution to get rid of the CAP and Free Trade Treaties which create unfair competition with the whole Earth.

“France will have a much better national agricultural policy!”

The protests come as the EU is negotiating a reform of the CAP.

Mr Leprêtre fears that many farmers will not be able to adhere to the new organic regulations. 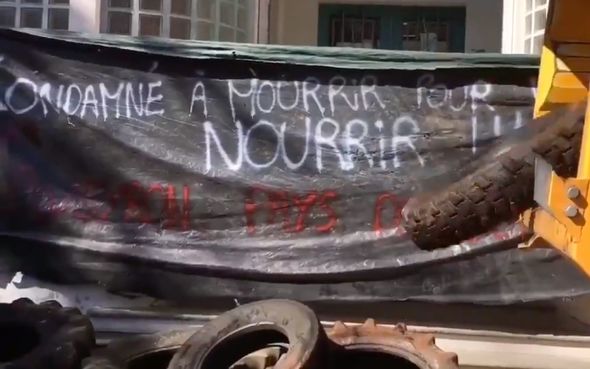 Further demonstrations and blockades are scheduled to take place across the country in the coming days.

France’s Agriculture Minister Julien Denormandie is under growing pressure to stop the EU from accepting any further concessions which could harm the livelihoods of French farmers.

The new policy being debated in Brussels seeks to move more money from traditional direct payments into rural development, and place more obligations on farmers to engage in environmental improvement and innovation.

Basic payments from 2022-2027 would be capped and targeted at smaller producers.

But according to the FNSEA such changes threaten to undermine the profitability of basic food production, leading to an exodus from the sector.

A new national strategic plan is being drawn up as France’s contribution to the ongoing EU debate about CAP reform.

The FNSEA wants coupled production supports retained for some sectors, especially livestock, and to prevent additional transfers of money.