The European Union’s medicines watchdog will not be able to rubber-stamp Pfizer’s wonder drug until the end of December, eurocrats today admitted. And Germany’s health minister insisted EU states would be blocked from fast-tracking their own authorisations for a coronavirus vaccine, insisting the bloc should adopt a “common European approach”. Jens Spahn today told an online news conference: “We have member states, including Germany, who could have issued such an emergency authorisation if we’d wanted to. But we decided against this and what we opted for was a common European approach to move forward together.

Mr Spahn derided claims by Health Secretary Matt Hancock that Brexit had put Britons first in the queue for a jab.

Speaking after a meeting of EU health ministers, the German fumed: “But a few remarks on Brexit to my British friends: BioNTech is a European development, from the EU. The fact that this EU product is so good that Britain approved it so quickly shows that in this crisis European and international cooperation are best.

“The idea is not that we’re the first, but the idea is to have safe and effective vaccines in the pandemic and that we can create confidence, and nothing is more important than competence, with respect to vaccines that trust in vaccines is important.” 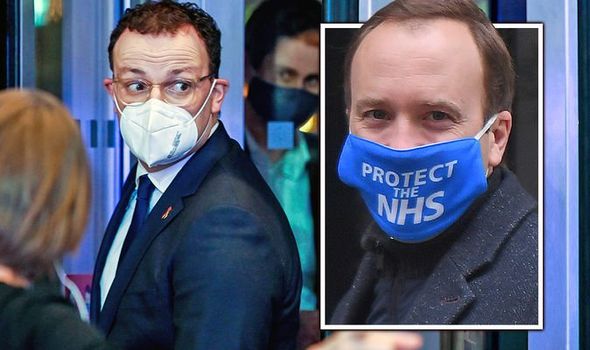 Mr Hancock said breaking free from Brussels had meant the UK was able to take decisions much faster than EU states.

The Health Secretary said the UK has been able to “speed things up” since quitting the European Medicines Agency in January.

He said: “And the reason we’ve been able to move this fast, and the UK is the first country in the world to have a clinically authorised vaccine, the reason is twofold.

“Firstly, because the MRHA has done a great job of working with the company to look at that data as it’s come through and do things in parallel, rather than one after the other as they normally would, that’s the first reason. 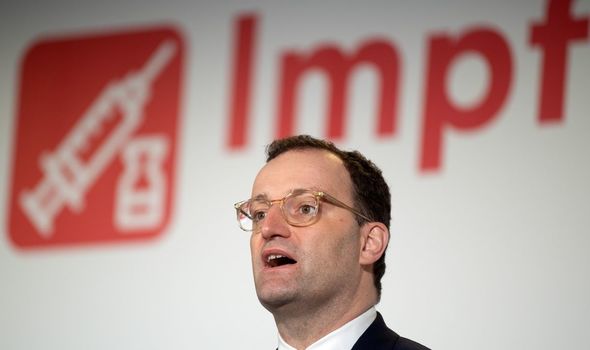 “The second reason is because, whilst until earlier this year we were in the European Medicines Agency, because of Brexit we’ve been able to make a decision to do this based on the UK regulator, a world-class regulator, and not go at the pace of the Europeans, who are moving a little bit more slowly.

“We do all the same safety checks and the same processes, but we have been able to speed up how they’re done because of Brexit.”

The EMA suggested Britain had rushed through its approval process which could impact public confidence in the jab.

In a statement, the EU watchdog insisted its lengthy procedure is “the most appropriate regulatory mechanism for use in the current pandemic emergency”.

MUST READ: How many doses of the Pfizer vaccine do you need? 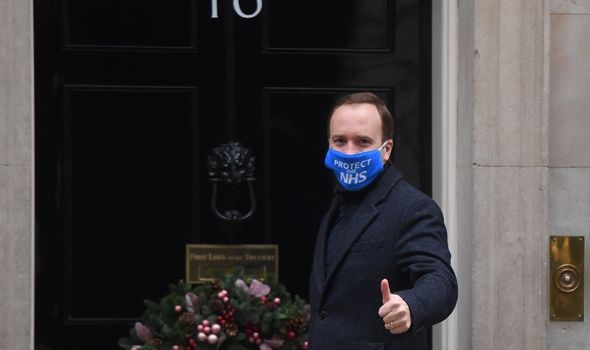 It added: “These are essential elements to ensure a high level of protection to citizens during the course of a mass vaccination campaign.”

After news of the British approval, European Commission, which is in charge of distributing any vaccines across the bloc, said it hopes to speed up its own process after the EMA green-lights the drug.

In a statement, it said: “The Commission will speed up the decision-making process once EMA has given a positive scientific opinion and complete all steps as a matter of urgency, including the consultation of member states.”

The BioNTech/Pfizer vaccine is set to land in the UK next week and the drug’s producers have insisted Brexit will not impact future deliveries.

“We’re distributing from our Belgian facility either by lorry or plane,” BioNTech said.