The bloc has been dogged by the debacle for months amid growing frustration and condemnation from European leaders and voters alike.

Katya Adler, the BBC’s Europe editor, said Commission bosses were not keen on purchasing the Pfizer vaccine because it was more expensive the AstraZeneca’s shot.

She said there was also scepticism about how Germany would gain from contracts with Pfizer, who produced the jab with its partner BioNTech.

She said: “The European Commission has been heavily criticised for having been too bureaucratic in its approach to vaccine contracts and for focusing too much on AstraZeneca – which has ended up seriously defaulting on delivery to the EU.

“The Pfizer vaccine was seen as pricey and I’m told a number of member states were suspicious that Germany had an agenda: to make money for the German business BioNtech behind the vaccine.”

Three months after the UK administered its first coronavirus shot, the EU continues to trail its former member state. 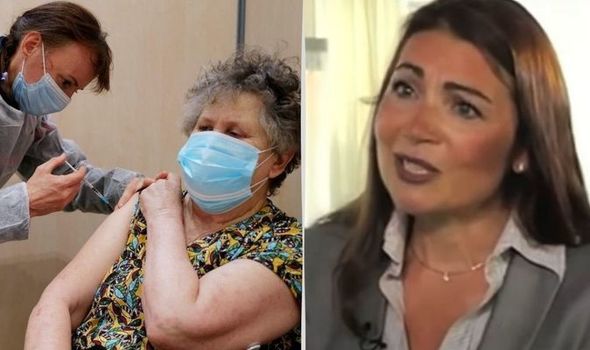 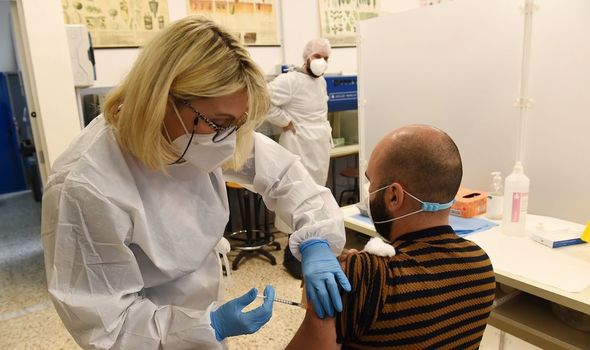 The latest Government data shows more than 23.6 million people in the UK have received the first dose of the vaccine.

Figures from Our World In Data show Germany is leading the EU member states on the vaccine front – but is miles behind Britain.

The latest statistics show just over 8 million Germans have been jabbed while France is on 6 million.

As the UK races ahead, scores of EU member states have inoculated less than 2 million people. 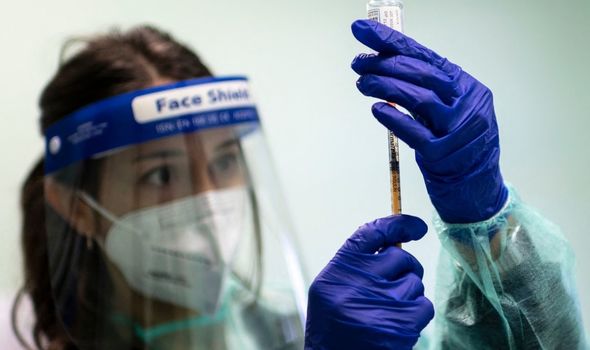 The vaccine crisis on the continent threatened to divide the group of nations and turn citizens against Brussels.

But an unnamed European politician said going it alone would be to the detriment of everyone.

Ms Adler wrote: “There’s a growing feeling in the EU that they’re ‘all in it together’, bearing in mind the single market and the open-border Schengen Agreement.

“This was the opinion of one European politician I spoke to on condition of anonymity.” 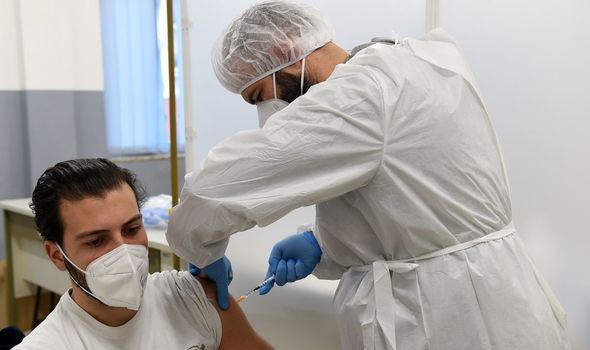 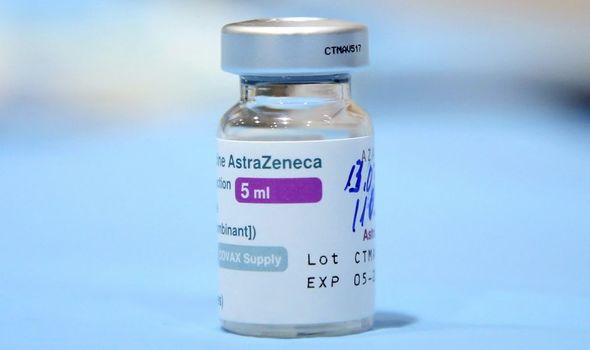 The politician told Ms Adler: “We’re not protected at all if we’re not all vaccinated at a European level.

“Going it alone could never have really been an option, even for the rich countries. So the pan-EU plan is really an investment in each of us.”

On Saturday the EU was forced to defend its vaccination programme amid a flurry of complaints from nations about the uneven distribution of jabs. 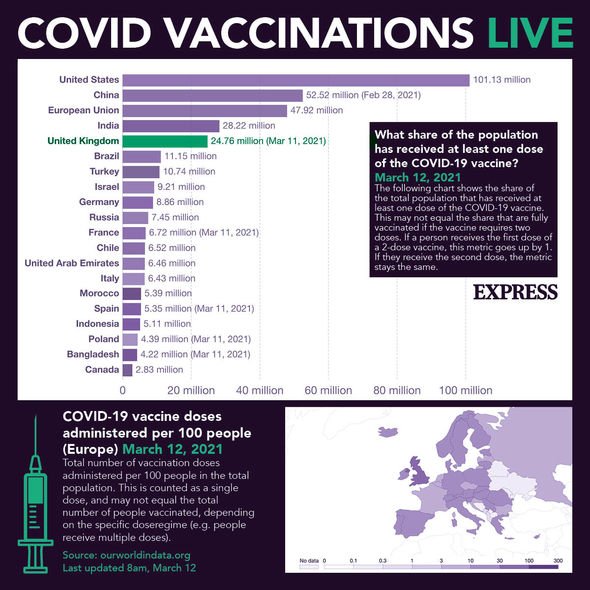 The Commission defended its policy of offering vaccines evenly in the bloc after Austria, Czech Republic, Bulgaria, Slovenia, Latvia, and later Croatia complained that doses were not allocated equally.

In a joint letter to the Commission and the European Council, leaders of six European countries called for urgent discussion on the topic.

In response, the Commission said that doses have been distributed in proportion with the population of each country and taking into account epidemiological data, adding that was up to member state governments to decide how to share them. 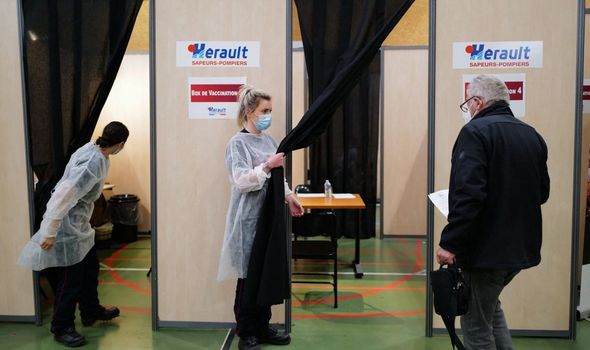 A flexible policy agreed by EU governments meant countries facing a more acute phase of the epidemic could access more doses, if some governments opted for not taking up their pro-rata allocation, the EU executive said in a statement.

The statement read: “It would be up to the member states to find an agreement if they wished to return to the pro rata basis.”

The Commission said it backed an allocation method based exclusively on a pro-rata of population of each EU nation.