The supply of millions of Belgium-made Pfizer jabs to the UK is now at risk, with many elderly and vulnerable patients due to have their second dose.

Brussels has also triggered an article of the Northern Ireland protocol to stop us getting the jabs via the back door, across our only land border with the EU.

The European Commission announced the restrictions as it continued its bid to snatch supplies of the Oxford/AstraZeneca vaccine from Britain.

Yesterday, the Government said it is “carefully considering” its next steps. 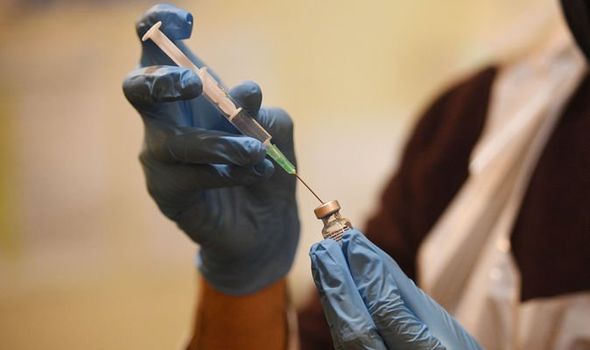 A Number 10 spokesman said: “The UK Government is urgently seeking an explanation from the European Commission about the statements issued by the EU and assurances as to its intentions. The UK has legally-binding agreements with vaccine suppliers and it would not expect the EU, as a friend and ally, to do anything to disrupt the fulfilment of these contracts.”

Furious MPs said the bloc was behaving like a bully and being “bitter and spiteful” – as 1,245 deaths from Covid-19 were announced yesterday, bringing the UK total to 104,371.

Mr Jones told the Daily Express: “They have been caught with their trousers down. They were too slow, too bureaucratic, they were too much of a juggernaut to secure the supply of vaccine for their people.”

He said the EU’s position was “ludicrous” because it would not be able to use Pfizer supplies meant for the UK on its citizens.

He added: “If they do freeze the export of the Pfizer vaccine, it doesn’t mean they can use it because it is not theirs, it belongs to us. We bought it. If they intend to conduct themselves by stealing vaccine that they don’t own, I think they are going to have to take the consequences internationally.” 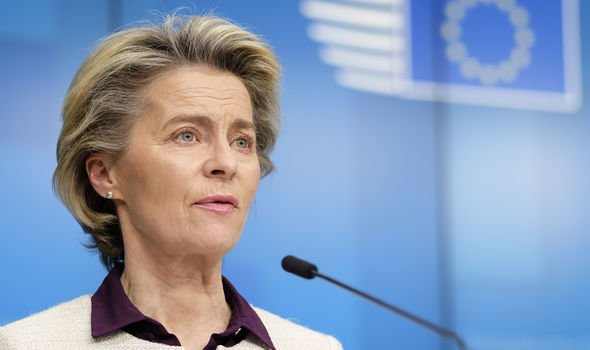 Former Tory frontbencher Sir John Hayes said: “For all those who remain naively innocent about the virtues of continental European powers, we now see just how bitter and spiteful they are after our departure from the EU.

“At a time when the whole world should be coming together to fight a shared threat it is just very sad that our former so-called EU partners aren’t prepared to do so.”

Tory MP Peter Bone said the move was classic bullying. He said: “There is an implied threat, which is what bullies do. The only way to defeat bullies is by standing up to them because ­bullies are cowards and the EU are cowards.”

Even the Archbishop of Canterbury Justin Welby waded into the row last night.

He said: “The EU was originally inspired by Christian social teaching – at the heart of which is solidarity. Seeking to control the export of vaccines undercuts the EU’s basic ethics.”

Under the terms of the protocol, goods should be able to move freely between the EU and Northern Ireland as the region remains in the single market for goods and still operates under EU customs rules.

But the bloc has triggered the article to temporarily place export controls in respect of vaccines. The move will frustrate any effort to use Northern Ireland as a back door to bring vaccines into the UK. Eurocrats insisted the new restrictions do not amount to a total block on exports but mean there is more transparency about the system.

The UK was left off a list of 92 countries that are exempt from the measures, and the new controls leave future supplies uncertain. 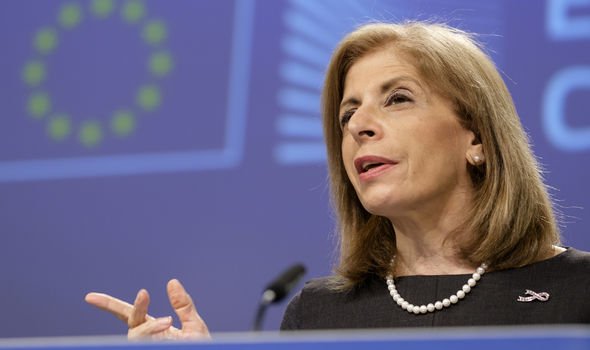 The EU claimed it wanted to prevent the area being used as a back door to funnel vaccines from the bloc into the rest of the UK. But Mrs Foster said: “The European Union has once again showed it is prepared to use Northern Ireland when it suits their interests but in the most despicable manner – over the provision of a vaccine which is designed to save lives.

“At the first opportunity, the EU has placed a hard border between Northern Ireland and the Republic of Ireland over the supply chain of the coronavirus vaccine.” But Eurocrats insisted the export ban was not motivated by Brexit or Britain’s successful vaccine rollout.

European health commissioner Stella Kyriakides claimed the export restrictions are not targeted at a specific country but were about “ensuring access of vaccines to European citizens”.

The new controls come as the European Commission, and its president Ursula von der Leyen, intensified its demands for AstraZeneca to divert tens of ­millions of British-made doses to European capitals to cover the shortfall of jabs on the Continent. 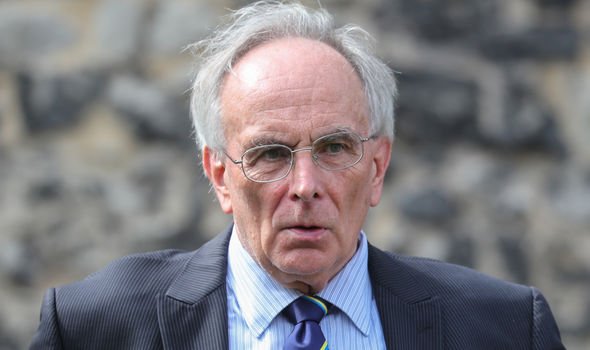 The British-Swedish firm has told European states it will only be able to supply a fraction of the 100 ­million promised doses by the end of March.

EU regulators only approved the AstraZeneca vaccine for use in the bloc yesterday, more than a month after UK authorities.

The row has raised fears the UK’s supplies of the Pfizer vaccine, which is made in Belgium, could be disrupted.

The EU and AstraZeneca yesterday agreed to publish a redacted version of their contract for the firm to supply vaccines to the bloc.

EU chiefs now want the firm to make up some of the shortfall by diverting British-made jabs to the bloc. AstraZeneca maintains that it is contractually obliged to prioritise the UK’s order.