Mr Khan has appointed a commission to look into the history of some of London’s iconic statues and their links to the slave trade following the Black Lives Matter protests last summer. The board will make recommendations on the future of the monuments.

Mr Rees-Mogg said the Labour mayor should leave decisions over street names and the future of statues to local councils.

He told MPs yesterday: “It seems to me that the Mayor of London has replaced Red Ken as Red Khan.

“Who would have thought that you’d have a more left-wing leader of London than Ken Livingstone? And now we do, and Red Khan is he.

“It is quite wrong that these loony left-wing wheezes should be inflicted upon our great metropolis, and I think the mayor in his zeal is potentially treading on the toes of councils anyway. 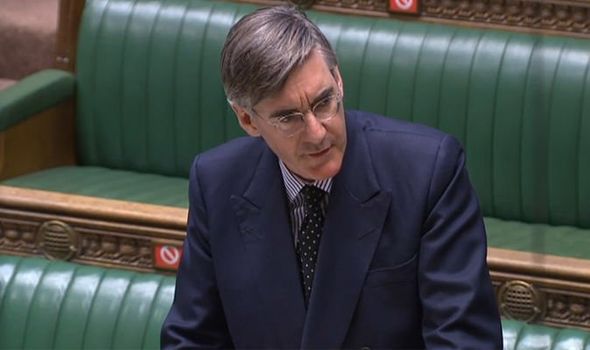 “Councils have the right to name streets, by and large, not the Mayor of London, and I don’t think he should interfere in things that aren’t his responsibility.”

The defence of the Tory minister comes after last month the Prime Minister’s press secretary said Boris Johnson believes “all of us, in our political language and debate, need to remember to be civil and kind to each other”.

Referring to Mr Ress Mogg’s comments yesterday, she said: “I don’t think it is as bad as some of the language I have seen and heard.”

Ms Stratton said she would not be “particularly upset” if such a term was used against her, when it was put to her that the term derives from the term “lunatic”.