In a big shift in Government advice, the Prime Minister said the latest scientific evidence suggested keeping mouths and noses under wraps will help curb the spread of coronavirus. He also warned the authorities will get “stricter” in enforcing safety rules. “Face coverings, we increasingly think we’ve got to be very insistent in confined places where you’re meeting people that you don’t normally come into contact with – transport, shops – wear a face covering,” he said.

But Mr Johnson also appealed to Britons to get back to work to help the country recover from the lockdown slump.

Dropping the previous official advice to work from home where possible, he called a cautious and safe return to offices, factories and other workplaces.

His appeal came as thousands more businesses including beauty salons, nail bars and tattoos prepare to reopen next week with swimming pools, gyms and leisure centres following later this month.

“I want people to go back to work as carefully as possible. I think it is very important that people should be going back to work if they can now,” he said.

Looking forward to beating the disease and finally relaxing social distancing measures, he added: “I do want to get back to a world where the British people feel able to shake hands again.”

Mr Johnson made his latest appeals during a “People’s Prime Minister’s Questions” online chat with members of the public from Downing Street yesterday. 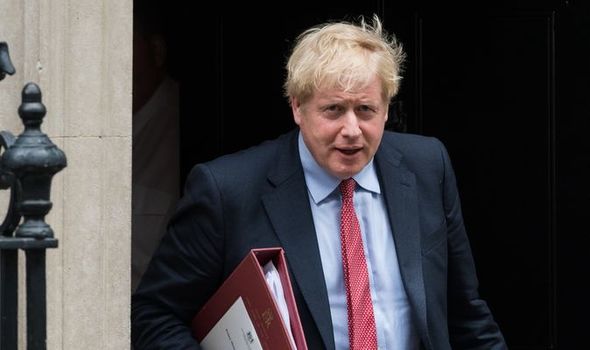 Asked about face coverings in the question-and-answer session, the Prime Minister said the balance of scientific opinion had shifted towards accepting the garments could help curb the spread of the virus.

He added: “It’s very interesting because in places like China or Taiwan or Far Eastern countries they don’t actually have mandatory face coverings or masks. It’s just part of the way they do things.

“As we get the numbers down in the way that we have and we really stamp out local outbreaks I do think we need to be stricter in insisting that people wear face coverings in confined places where they are meeting people they don’t normally meet.

“That’s why it’s mandatory already on public transport and we’re looking at ways of making sure that people really do have face coverings shops where there is a risk of transmission. 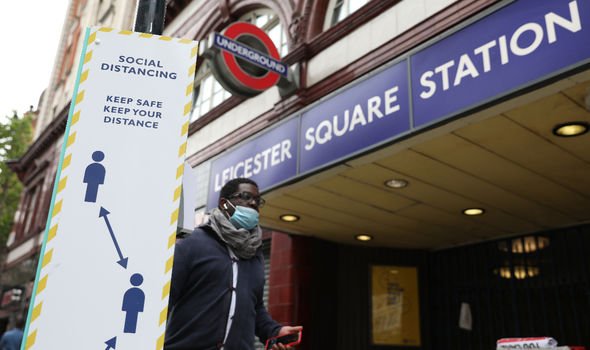 “I don’t think that is medically indicated.

“But the balance of scientific opinion seems to have shifted more in favour of them than it was and we’re very keen to follow that.”

He praised the public for helping to drive down the coronavirus infection rate by observing the Government’s previous “stay at home” advice.

“I think we should now say go back to work if you can because I think it is very important that people should try to lead their lives more normally.

“I want to see more people feeling confident to use the shops, use the restaurants, get back into work,” he said.

Mr Johnson insisted he wanted to avoid having to impose a second lockdown to stop a fresh surge in the virus because of the devastating cost to the economy.

“The future for the country has got to be a world where we’re managing the virus so effectively with local lockdowns, with test-and-trace that we don’t need to have some of these social distancing measures that make life so difficult for us all,” he said.

Coronavirus infections were “tapering off” but the risk of another spike remained.

“Everybody can see what’s happening in other countries around the world where people misinterpret the messages, people don’t observe the rules and – boom! – you get spikes again.

Mr Johnson added: “I don’t want to do another national lockdown. It’s something that we have to keep in reserve.

“But big, horizontal measures that affect the whole country, I think because of the local approach we are taking we are moving beyond that.

“We also need to be looking at measures to shield particular groups whether they are people with diabetes or other vulnerabilities.

“That is how we will do it in the future.”

Britain had a “fantastic chance” of renewing economic growth over the summer, keeping the infection rate down and being in a “good position for the colder months”, he said.

Mr Johnson also insisted that schools will be able to fully reopen for all pupils for the autumn term.

“Parents, teachers, pupils need to feel safe and need to know it’s safe and it will be safe in September,” he said.