The White House also revived an Obama-era policy that allows Central American children to apply for admission to the U.S. from their home country. 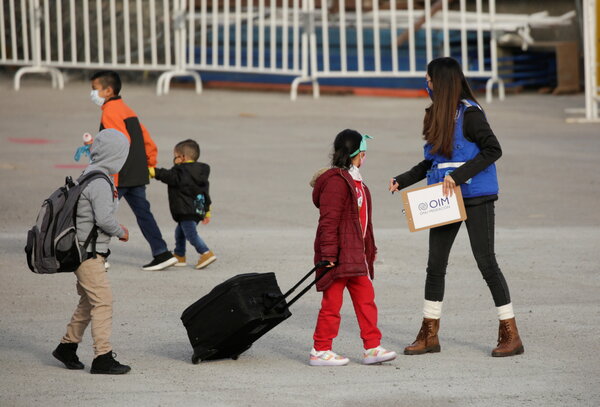 WASHINGTON — The Biden administration took steps on Wednesday to address surging migration to the border, restoring a program allowing some Central American children to apply from their home country for admission to the United States and searching for additional housing for the increasing number of young migrants who have been detained after crossing from Mexico.

Facing intensifying pressure over the prolonged detention of migrant children, Roberta S. Jacobson, a special assistant to President Biden overseeing border issues, announced the restart of an Obama-era program that allowed children in Central America to apply for protection remotely and avoid making the dangerous journey north to join parents already in the United States.

That program and a $4 billion investment in Central America have been framed by the administration as crucial tools to addressing the poverty, persecution and corruption that have for years pushed vulnerable families to seek sanctuary in the United States. But the long-term strategy to deter illegal migration is running up against the immediate challenge of how to process thousands of migrant children at the U.S. border — a situation that has drawn swift backlash from Republicans and Democrats.

Troy Miller, the acting commissioner of Customs and Border Protection, said on Wednesday that 9,457 children were detained at the border without a parent in February, up from more than 5,800 in January. Detentions of unaccompanied minors in February more than doubled compared with the same period in 2020.

Officials apprehended a migrant along the border or at its entry ports more than 100,400 times in February, a roughly 28 percent increase from the prior month.

Most of those migrants — more than 70,000 — were single adults rapidly turned back south under a pandemic emergency rule. The Biden administration has broken from the Trump administration in letting children into the United States to make good on the president’s promise to be more humane at the border.