On Thursday, the United Nations will hold a meeting in which foreign ministers from around the world will discuss Russia’s invasion of Ukraine. Members of the UK Government are in New York this week as part of the United Nations General Assembly, and it is Mr Cleverly’s first trip abroad as Foreign Secretary. 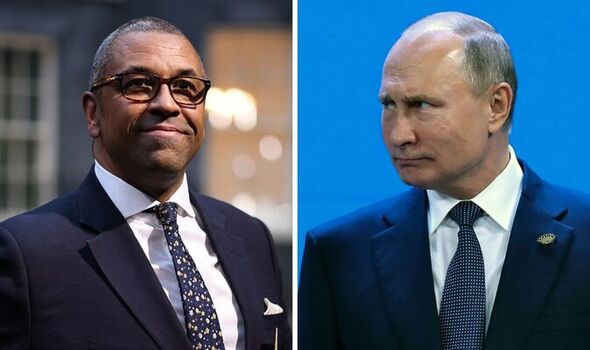 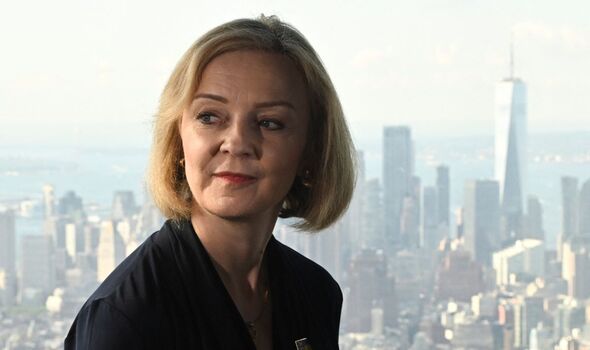 At the Security Council meeting, Mr Cleverly is expected to face Russian Foreign Minister Sergei Lavrov as he speaks about seeking justice for victims during the war and pledges to work with allies to hold Russia accountable for any misdeeds.

According to reports, Mr Cleverly will say: “Ukrainians’ resilience and spirit of defiance, in defence of their country, continues to inspire all free people and nations.

“But every day, the devastating consequences of Russia’s invasion become more clear and evidence of Russian atrocities continues to mount.

“We can and must make clear to President Putin that his attacks on the sovereign will of the Ukrainian people – so clearly expressed as they fight for their homes – must stop.

“His assaults on the UN charter and international norms that protect us will not be tolerated, and that he must withdraw from Ukraine to enable a return to regional and global stability.”

On Monday, a mass grave was found by Ukrainian forces which contained at least 440 graves.

Ukrainian authorities said many of those buried in the grave were civilians and some may show signs of being tortured before their death.

Kharkiv Governor Oleh Synehubov said there were at least two children in the grave, which is located near the city of Izyum in eastern Ukraine.

He said: “There are bodies with tied hands and traces of torture. The deceased were also found to have explosive, shrapnel and stab wounds.”

The Chief of Staff for Ukraine’s President Zelensky, Andriy Yermak, called Russia a “murder country” and a “state sponsor of terrorism” but Russia has denied responsibility for the mass grave. 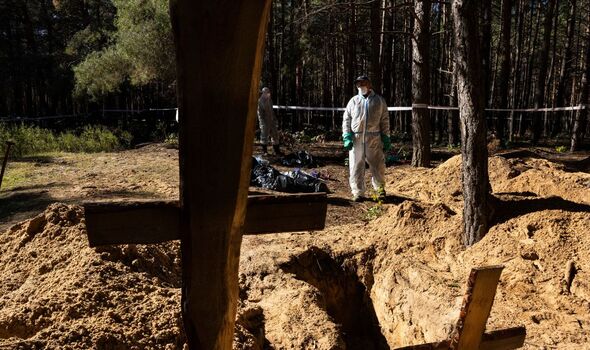 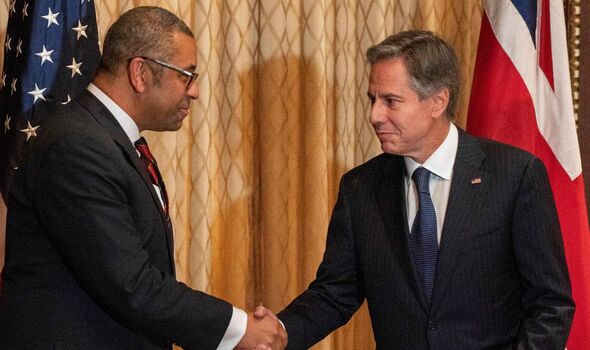 This week, the Foreign Secretary has also met with Antony Blinken, the US Secretary of State, to speak about their “unwavering, long-term support” of Ukraine.

The two also spoke about “maintaining unity with partners to ensure Putin fails in his illegal war”, according to a spokesperson from the Foreign, Commonwealth and Development Office.

Mr Cleverly also met with Ukrainian Foreign Minister Dmytro Kuleba and Polish Foreign Minister Zbigniew Rau on Wednesday, in order to discuss working together to “counter Russian aggression”, according to a spokesperson.

The spokesperson said: “[Mr Cleverly] stressed that UK support to Ukraine is steadfast and that we will continue to work with Poland in assisting the Ukrainians’ fight for freedom.”

On Thursday, the Foreign Secretary is also expected to say that Russia plans to temper the results of the Russian referendums being held in Ukrainian-occupied land on Friday.

Russian-backed leaders in four Ukraine regions, Luhansk, Donetsk Zaporizhzhia and Kherson will hold referendums on if those regions should join Russia.

In 2014, Russia held a similar referendum in Crimea after invading the region, which was condemned at the time for breaking Ukraine’s constitution and international law as the voting was held under military occupation.

The referendums have been condemned internationally, including by Mr Cleverly, who called the votes a “blatant sham designed to seize Ukraine’s land”.

He added: “Any votes held at the barrel of a gun cannot be free or fair.

“We will never recognise the results of any sham referendums or attempts to annex Ukraine’s sovereign territory.”