Its prime minister Antonio Costa insisted that he had followed EU guidelines when opening up to British travellers earlier this year. He was forced to respond to criticism by the German Chancellor as she demands an EU-wide quarantine order for Britons to curb the spread of the Delta variant of coronavirus. Mrs Merkel accused tourism-reliant countries for a “failure even today to adequately control arrivals from non-EU states where virus variants are proliferating”.

But arriving at an EU summit in Brussels, Mr Costa suggested Portugal could land up on a European “black list” if the German leader gets her own way.

He said: “She is absolutely right there needs to be coordinated action from all European countries.

“There is a misunderstanding in relation to what has been adopted in relation to the British, we are adopting the general recommendation of the EU, which is the imposition of quarantines on countries that are above a certain number of cases, which the British were not, and the requirement of a negative test, which was made.”

He added: “I believe it will be at the European level. I have insisted on explaining that the matrix we have adopted is the one adopted by the European Centre for Disease Control, it is because of that matrix that all European countries set the rules. 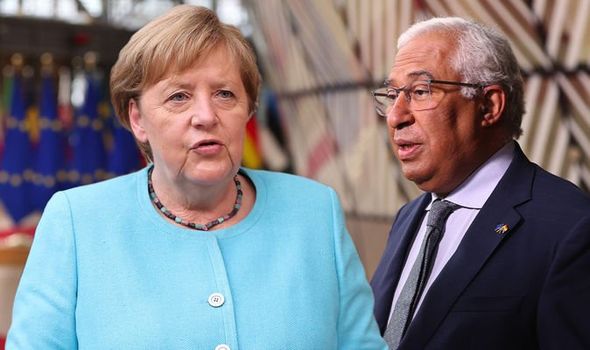 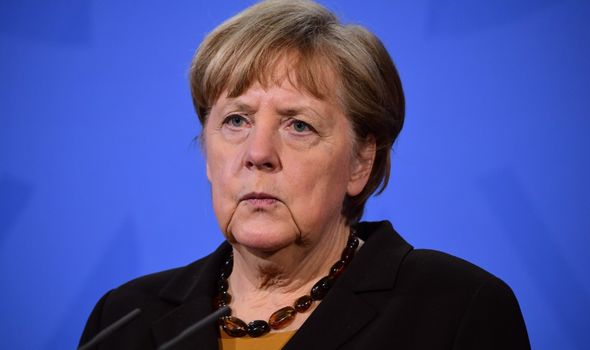 “We are going to discuss here in the Council of Ministers what decisions we are going to take on the entry of third countries, namely the United Kingdom.”

Germany is spearheading efforts to enforce a mandatory 14-day quarantine on a majority of Britons entering the bloc.

Mrs Merkel, who warned that Europe was on “thin ice” in its fight against the pandemic, wants all other 26 EU nations to follow her lead by imposing the same draconian measures.

France, Italy and Poland have also announced similar restrictions in recent days amid fears over the Delta variant, which originated in India but is now dominant in the UK.

Arriving at the Brussels summit, Mrs Merkel told reporters: “The Delta variant worries us, of course. And I will advocate that we will act even more coordinated, especially when it comes to people travelling from virus variant areas.”

Speaking earlier to German MPs, she said: “We need to remain vigilant.

“In particular, the newly arising variants, especially now the delta variant, are a warning for us to continue to be careful.”

She seemingly secured the support of European Council President Charles Michel for an EU-wide quarantine order for UK travellers. 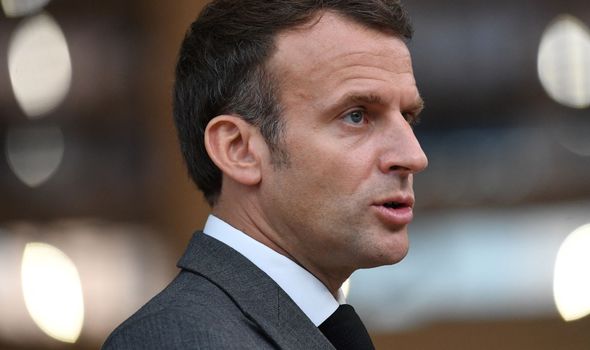 In a draft statement drawn up by his officials, EU leaders stressed the need to be “vigilant and coordinated with regard to developments, particularly the emergence and spread of variants”.

And in his invitation letter to EU leaders ahead of the summit, Mr Michel said: “We need to keep a close eye on variants and contain their spread in a coordinated manner.”

Holidays: Expert on possibility of travel for vaccinated Brits

“I don’t think such a move would be justified but obviously it’s for individual countries to make these judgments.”

But French President Emmanuel Macron offered a lifeline to double-jabbed Britons hoping to travel to Europe.

He called for the EU27 to take a coordinated approach to lifting border restrictions, but urged leaders to recognise the effectiveness of Covid vaccines in fighting the Delta mutant.