The former First Lady even said that the Northern Ireland Protocol, which has created checks on goods between the province and the mainline UK, “undermines” the peace process. Mrs Clinton, who lost out to Donald Trump in the 2016 presidential race, blindly blamed the province’s complex problems on Brits exercising their democratic rights – completely ignoring years of sectarian division.

Speaking to US consul general Elizabeth Kennedy Trudeau in an event organised by Queen’s University Belfast’s (QUB) she said that America is committed to the Peace Process.

In 1998 her husband Bill Clinton was instrumental in getting the Republican and Unionist sides to sign the Good Friday Agreement which helped bring peace to Northern Ireland.

Mrs Clinton said that Joe Biden’s administration remains committed to this after cities including Belfast saw the worst rioting for decades in recent weeks.

The Irish Independent reported that she said: “I think there will be a very keen focus on what happens in Northern Ireland. 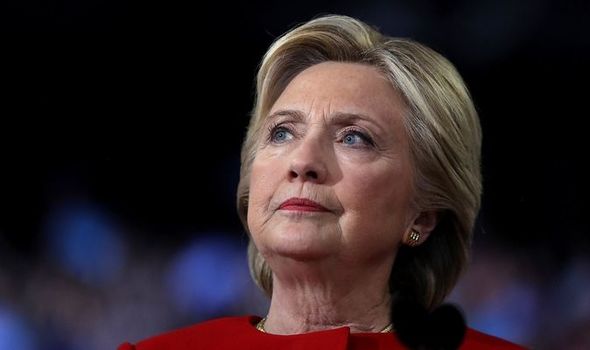 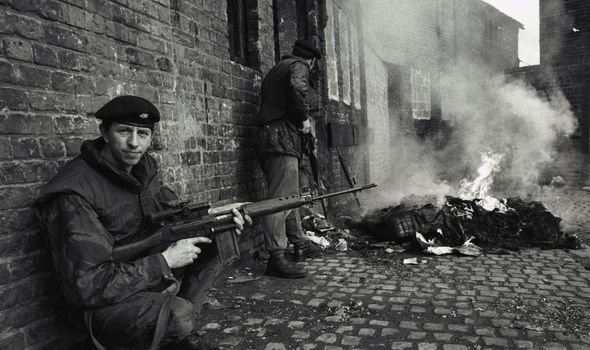 “The commitment to the Northern Ireland peace process was bipartisan, it was supported by the very active Irish-American community in America.

“By Irish-America elected officials on both sides of the isle, so there is a real sense of investment and it’s not just emotional, it’s political, and it’s even financial.”

She added: “When I was secretary of state I even had an envoy committed to economic activity that could create more jobs for the people of Northern Ireland.

“There is a very deep sense of connection with Northern Ireland. 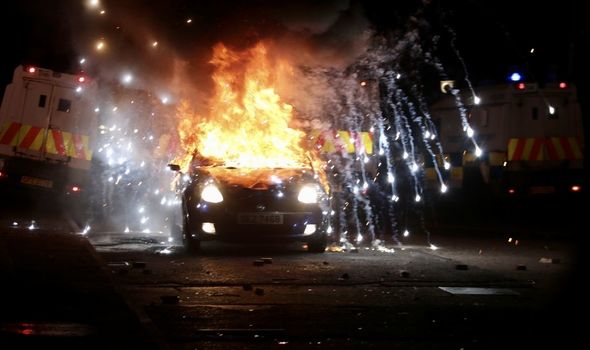 “And I know that the Biden administration, the people who are in it, will be very attuned to what’s happening there.

She added: “We need to be encouraging the resolution of any kind of artificial barrier and anything that undermines the Good Friday Agreement and I know the Biden-Harris Administration will certainly pay attention to that.”

Mrs Clinton has served as chancellor of QUB since 2020, two years after she received an honorary degree from the university for her “exceptional public service”. 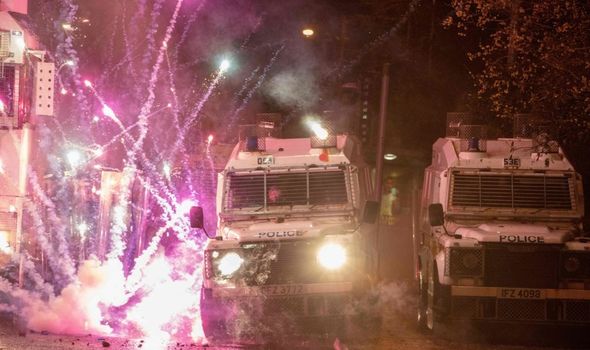 She spoke after dozens of police officers were hurt in successive nights of rioting across the province – most notably in Belfast.

Loyalists in the country are angry at the new trading arrangements under a mechanism known as the Northern Ireland Protocol.

Northern Ireland stayed in the EU’s single market following the Brexit divorce, meaning customs checks are needed on goods entering Northern Ireland from the rest of the UK.

This move effectively created a border in the middle of the Irish Sea in an effort to stop a hard border on land – an essential aspect of the Good Friday peace deal. 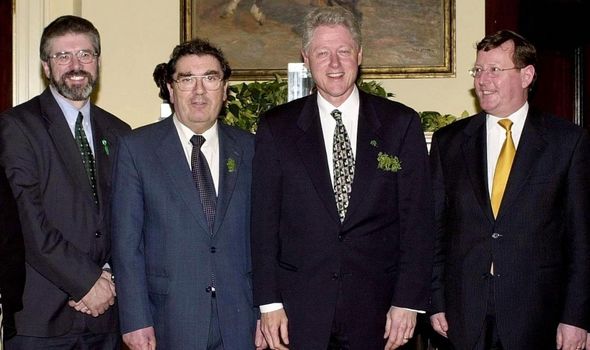 The trading arrangements have caused some unforeseen disruption to trading in food supplies, plants and online deliveries.

More importantly, loyalists believe they cut Northern Ireland adrift from the rest of the UK, threatening their British identity.

This view is shared by Northern Ireland’s unionist parties, including the governing Democratic Unionist Party, headed by Arlene Foster.