A figure of Lawrence of Arabia on a camel, one of only six made, is likely to be the most valuable item, with an expected sale price of £250-£350. Baroness Boothroyd is downsizing from her London apartment to a cottage in South Cambridgeshire. She said: “I’ve cherished every single thing but I have to let go. They’re a reminder of a colourful life.” She said the old, beamed cottage “hasn’t got the deep windowsills or space I would need to display all the items I have in London.

“It’s taken me a long time to go through everything. These little mementos, some bought during my travels to colourful countries like Cuba, mean so much. They’re my life.

“I entertained President Yeltsin during a trip to London. He kissed my hand and gratefully presented me with the little box, which has a note inside from him.”

Baroness Boothroyd remains the only woman to be Speaker and was famous for her calls of “Order, order!” telling MPs to behave, during her term of office from 1992 to 2000.

She said of her sale: “Another object I absolutely love is a large, limited-edition ceramic figure of Lawrence of Arabia riding on a camel.

“It was given to me when I was president of the All-Party Defence Group. When I left, they couldn’t decide whether to give me something relating to the Army, Navy or Air Force so came up with Lawrence.” 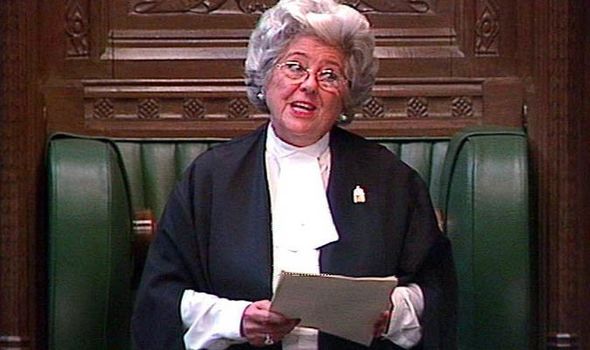 Other auction lots include Victorian crystal chandeliers, priced at £100 to £200, and a ship’s flatbottomed decanter and glasses presented to Baroness Boothroyd by the Navy in St Petersburg – with a suggested tag of around £30 to £50.

The Baroness Betty Boothroyd Collection will be sold at Hansons London, Teddington next Monday.

Chris Kirkham, the firm’s associate director, said: “This is an extraordinary opportunity to buy something owned by one of the most impressive women British politics has ever known.

“She brought order to the House of Commons. Now she’s decided it’s time to bring more order to her life by downsizing.

“Baroness Boothroyd is a woman who has truly excelled. She’s mixed with the great and the good including royalty and major political leaders. 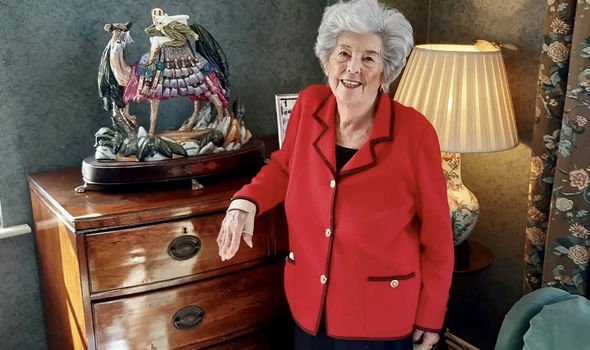 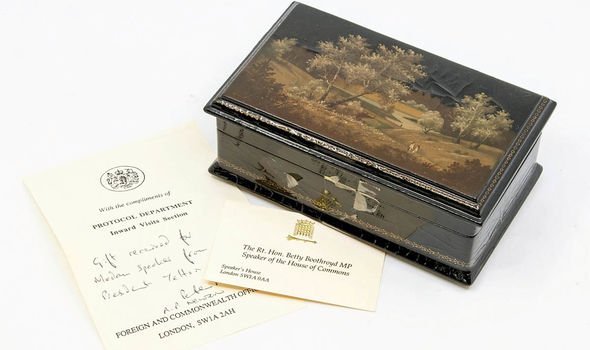 “The Baroness puts her success down to being an only child who had to fight her own battles.”

She was Dewsbury West Yorks 1929 born in Dewsbury, West Yorks in 1929, to textile worker parents.

From 1946 to 1952 she worked as a dancer, including at the London Palladium, but a foot infection ended that career and she entered politics, becoming Labour MP for West Bromwich in 1973.

In 1992 she was elected Speaker, the first woman to hold the position in its 700 years.

She received numerous awards but is most proud of her Order of Merit, which was bestowed as a personal gift by the Queen.