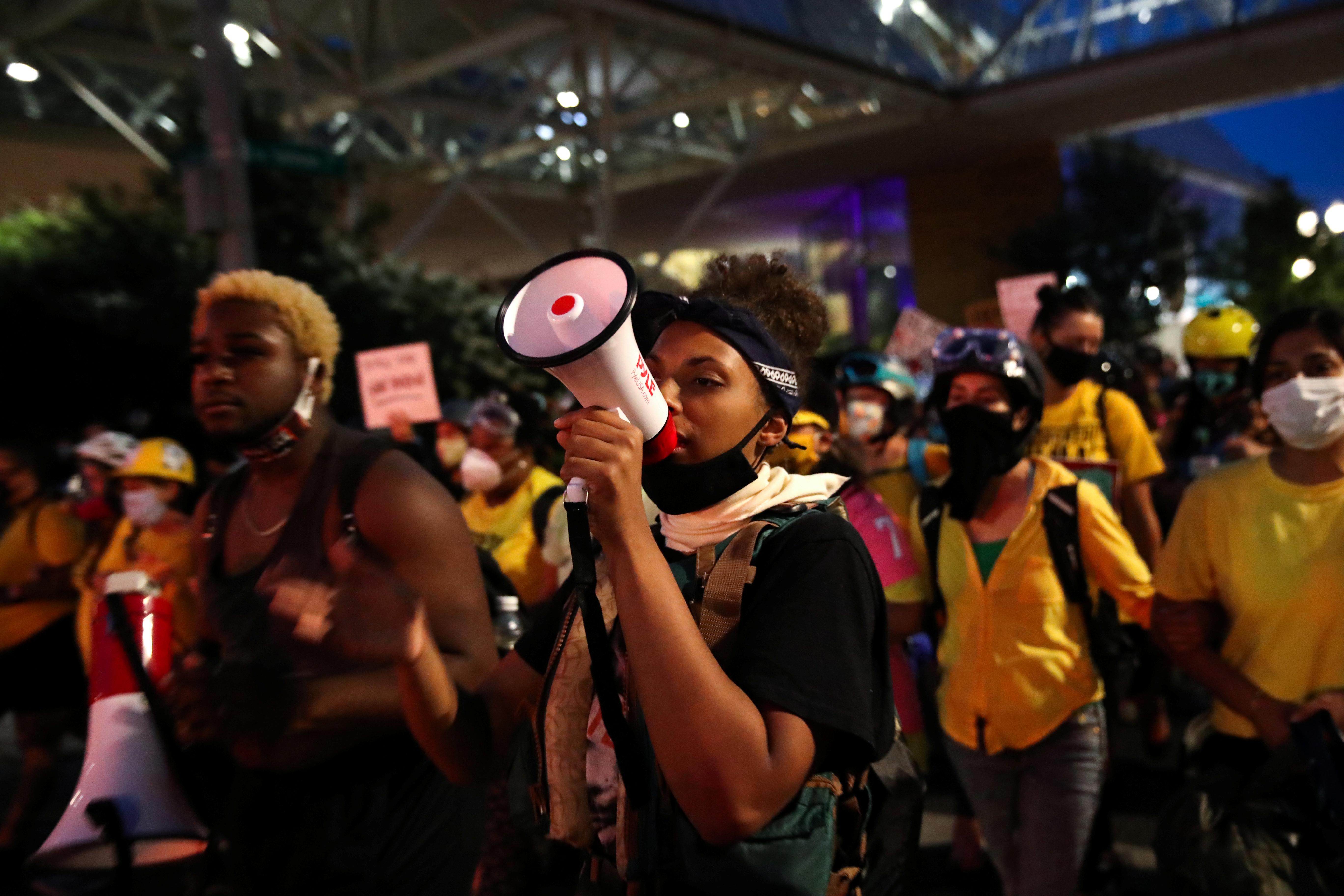 WASHINGTON (Reuters) – The U.S. House Intelligence Committee launched an investigation on Monday into the Department of Homeland Security’s intelligence office, including its actions in Portland, Oregon, and its involvement in other anti-racism protests across the country.

“The reporting regarding the monitoring of peaceful protesters, creating and disseminating intelligence reports about journalists and protesters, and potential exploitation of electronic devices is deeply troubling,” Committee Chairman Adam Schiff, a Democrat, wrote in a letter to top DHS officials.

The United States has seen largely peaceful protests nationwide since the death of George Floyd, a Black man, while in Minneapolis police custody in May. Protests in cities, including Portland, have at times erupted into arson and violence, and federal officers sent into the Northwestern city have repeatedly clashed with crowds targeting the federal courthouse there.

The probe shows that Democrats will use congressional authority to investigate efforts by the Trump administration to demonize protesters and deploy federal personnel in law enforcement operations in several cities despite opposition from local mayors and governors.

In his letter to acting DHS Secretary Chad Wolf and acting department intelligence chief Horace Jen, Schiff requested detailed intelligence reporting documents that informed a recommendation by the then-chief of the DHS intelligence operation on July 25 requesting that DHS reports on anarchist-related Portland protesters refer to them as “Violent Antifa Anarchists Inspired.”

The official who wrote the memo, acting DHS intelligence chief Brian Murphy, was subsequently transferred to a different job over the weekend.

In his letter to DHS, Schiff also requested that Jen, Murphy and several other DHS officials, including intelligence officials, give interviews to the committee this month.

Schiff said that if the department did not produce the witnesses and documents he requested, he would consider issuing subpoenas.

The Department of Homeland Security did not immediately respond to a request for comment.