Jon Snow saw his explosive rant against the Health Secretary attract viral attention after social media users re-shared the footage on social media. In the video, the Channel 4 presenter can be seen confronting Matt Hancock at the height of the Brexit crisis of 2019, with Twitter users drawing a parallel between Mr Snow’s statement then and the current environment. The broadcaster said: “Secretary of State, you know better than I do that Parliament is, for once, deeply representative of the country.

“And you know nothing about what’s going on, even inside the Cabinet. The Cabinet is at sea, the country is at sea. We are a laughing stock.”

Despite the clip being from 2019, members of the public suggested Mr Snow’s comments remained current amid the ongoing uncertainty of the coronavirus crisis.

One user said: “Look, I’m aware this is from 2019. Just thought I’d bring it back up as it’s how I feel at this precise moment!” 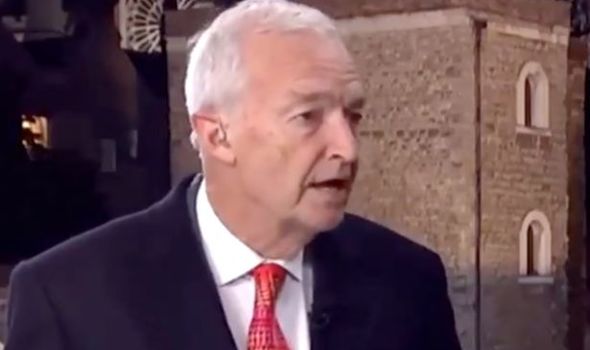 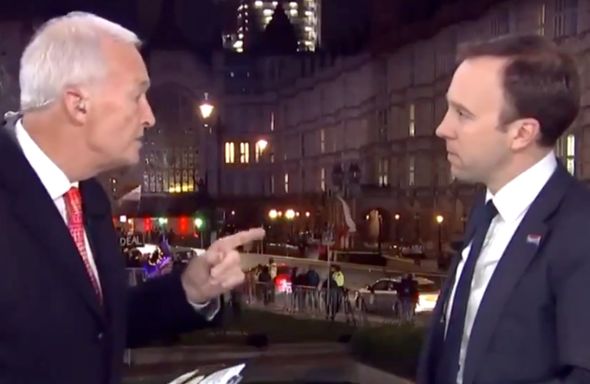 Another said: “Who can argue with Jon Snow’s assessment that ‘nobody knows what’s going on, in the country, in parliament and in cabinet.'”

And one wrote: “I’m agreeing with Jon Snow, that’s how bad things have got.”

The Government has been called for more transparency in light of restrictions being reimposed following a surge of COVID-19 cases.

Last week, the hospitality sector was warned new infections would result in a England-wide curfew for pubs and restaurants.

And earlier this month the Government also introduce the so-called “rule of six” that limits the number of people allowed to meet indoors in a group.