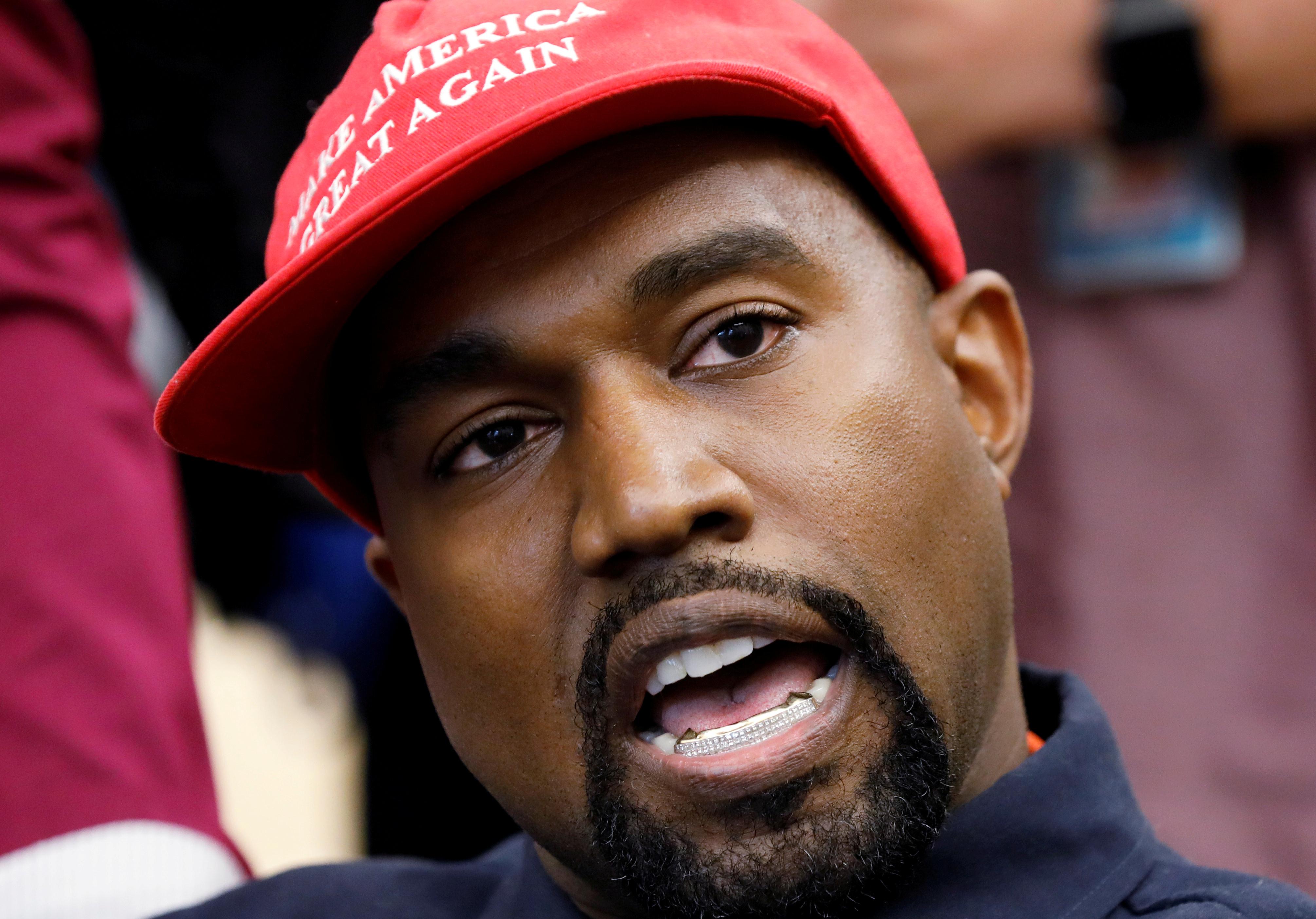 (Reuters) – Rapper Kanye West signaled he no longer supports U.S. President Donald Trump and said he had entered the presidential race to win it, in an interview published on Wednesday.

West, previously a vocal supporter of Trump, announced on Saturday that he would run for president in 2020.

“I am taking the red hat off, with this interview,” West told Forbes, referring to Trump’s trademark red “Make America Great Again” baseball cap. “Like anything I’ve ever done in my life, I’m doing (this) to win,” he added.

He told the magazine he will run under a new banner – the Birthday Party. West and his reality TV star wife Kim Kardashian West have visited Trump in the White House.

West denied that his aim was to split the Black vote and hurt the chances of Trump’s Democratic opponent, Joe Biden. It was “a form of racism and white supremacy” to suggest all Black people should support the Democrats, he said.

The rapper told Forbes he had been ill with COVID-19 in February, and would be suspicious of any vaccines developed to prevent the infection. Repeating false theories that link vaccines with child developmental disorders, he said: “So when they say the way we’re going to fix COVID is with a vaccine, I’m extremely cautious.”

“That’s the mark of the beast. They want to put chips inside of us, they want to do all kinds of things, to make it where we can’t cross the gates of heaven,” he added.