Labour’s Sir Keir Starmer is facing questions this morning after he repeated a “heavily disputed claim” in his criticism of Boris Johnson’s handling of the pandemic. Sir Keir was accused of “scaremongering” and “playing politics” after he claimed that Boris Johnson had waited until 11th hour to halt Christmas plans. He alleged that the new mutant Covid strain was “actually first spotted in September” – when in fact the virus was only spotted in October from a sample taken in September.

This morning, he told a press conference: “We have known about rising infections and the NHS reaching capacity in many parts of the country for weeks.

“The new strain was actually first spotted in September. The alarms bells have been ringing for weeks, but the Prime Minister chose to ignore them.

“A virus of this sort demands early action. Decisive action. A clear plan and a clear message. Yet we have had none of that.

“The Prime Minister delayed. He told the country to go ahead and have a merry little Christmas. Told people in London and the South East to carry on shopping. And to make plans to see families.

“And yet, three days later he tells millions of families to rip up those plans. And introduces further restrictions.” 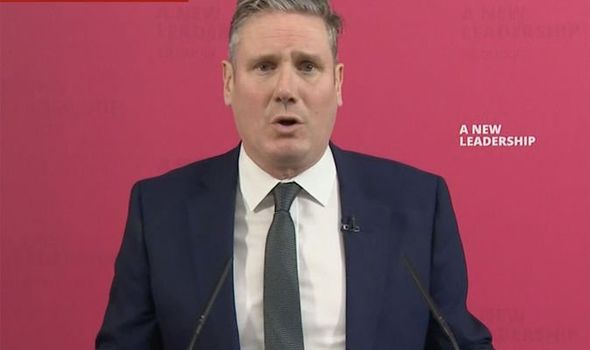 Following his speech, Harry Cole from Sun tweeted: “Sir Keir Starmer says again ‘the new variant was spotted back in September’. That is heavily disputed claim.

“It was spotted in October from a sample taken in September according to DoH.”

One person said: “Saying something and understanding what it means are two different things. Opposition leader is playing politics badly again.”

Others added: “A single spot in September also doesn’t mean they had decided it and what it meant until later. The science behind it was only prepublished publicly yesterday.”