Keir Starmer grilled by host over 'tough contest' in Hartlepool

Sir Keir Starmer appeared on Radio 4’s Today programme to discuss the upcoming Hartlepool by-election after a recent poll put the Conservatives 17 points ahead of Labour. The red stronghold is being touted as a litmus test for Sir Keir’s leadership, who critics have blasted for his lack of distinct policies and holding the Government to account poorly. Sir Keir appeared to carry out a form of damage control and toned down his rhetoric ahead of the predicted Hartlepool washout stating it was not “realistic” to expect Labour to win the general election following their 2019 election disaster.

Discussing the Hartlepool by-election, Sir Keir revealed he would take full responsibility for anything that happens in the Labour party following any mistakes or failure.

Host Mishal Husain then asked: “So if you lose in Hartlepool where the prime minister has just visited.

“That takes us back really to 2019 and the loss of all those seats to the conservatives.

“The answer or the reason given [for the loss] was Corbyn and Brexit, what will it be this time for you in Hartlepool do you think?” 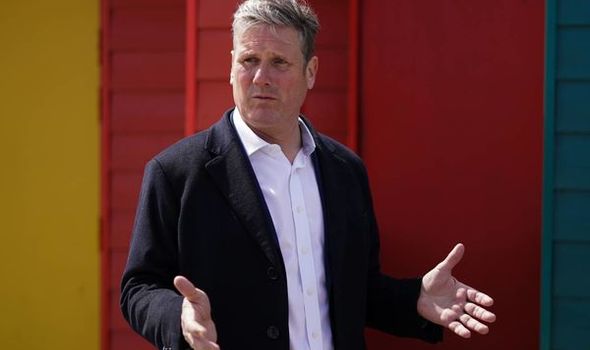 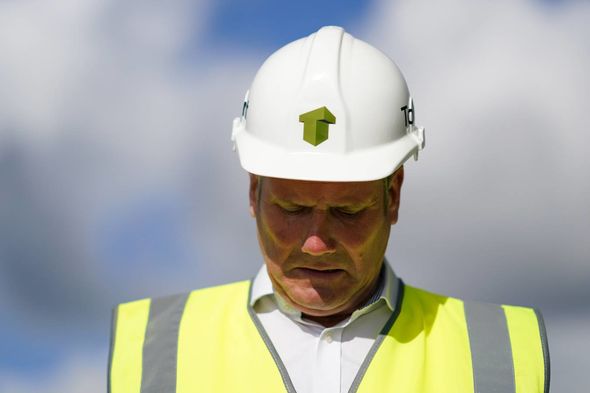 In 2019, Labour lost 59 seats bringing their total to 203 but most notably lost several northern Labour strongholds in areas known as “the red wall”.

Sir Keir replied: “Well, I hope we won’t lose Hartlepool we’re fighting for every vote there and I know that every vote has to be earned.

“That’s why I’ve been in Hartlepool three times over the campaign – we’ve got teams on the ground. 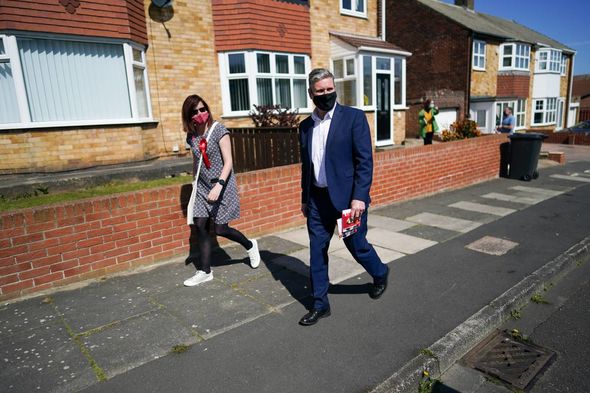 “My job as Labour leader was to rebuild the Labour party out of that devastating loss in 2019 and put us in a position to win the next general election.

“I said on the day that I was elected that that was a mountain to climb.

“It is and we’re climbing it and I’ve got a burning desire to build a better future for our country and Thursday is a first step towards that better future.

“But I don’t think anybody realistically thought it was possible to turn the Labour party round from the worst general election results since 1935 to a position to win the next general election within a period of one year.

“It was always going to take longer than that.” 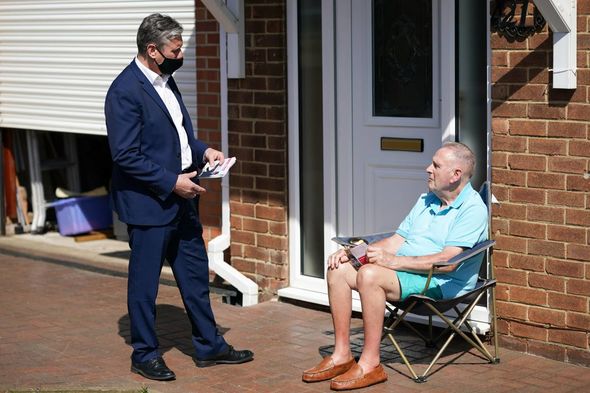 The admission from the Labour leader was picked up by Ms Husain who then quizzed Sir Keir on the competition he faces.

She explained: “You’re facing a very tough contest in Hartlepool and that sort of question of winning a seat back from the Conservatives [you now have]  a question of holding a seat that has always been Labour.

“Do you think the answer is that there is still a negative perception of the party because of Brexit and this is a seat where the Brexit party took 10,000 votes?

“And you chose the candidates who had been strongly associated with remain.”

Sir Keir skirted around the question and said: “In Hartlepool, the issue that comes up over and over again is jobs.

“There’s a nuclear power plant that’s coming to the end of its natural life and there’s no plan yet for the future.

“And I met apprentices in that plant, who were really anxious about what’s going to happen next.”

Labour candidate Paul Williams has 33 percent of the vote share meaning, if the polls are correct, he will lose the seat which had been firmly Labour since 1974.

The by-election is due to be held on May 6 alongside the Scottish Parliamentary and London mayoral elections.