The Lib Dems, who campaigned to stop Brexit in 2019, are on a high after overturning a huge Tory majority in the Tiverton and Honiton by-election this week. Labour, who also managed to regain former Red Wall constituency Wakefield, will work with the Lib Dems informally to win back Conservative seats, according to Dr Thomas Caygill, a Lecturer at Nottingham Trent University.

Dr Caygill explained that voters in Tory safe seats may turn to the Lib Dems as a protest vote but could not go to Labour, meaning the two parties need to work together to gain a majority.

He said: “At the next election there is likely to be a pincer movement between both the Liberal Democrats and Labour.

“Since 2015 the Conservatives have been winning seats off the Liberal Democrats in the South West and since 2019 they won seats off Labour in the North and Midlands.

“There is likely to be some movement back to both here, as memory of the coalition government fades and as Starmer continues to detoxify Labour.”

Labour emerged victorious in the Wakefield by-election which fell to the Tories in 2019 but is part of the Red Wall northern heartlands. 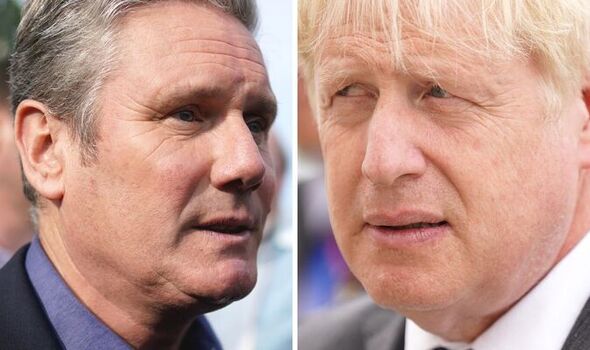 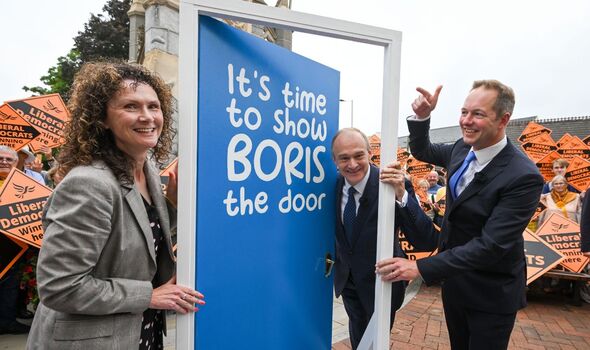 The Prime Minister’s ability to win traditional Labour seats in the last election helped him to an 80-seat majority in Parliament but that is now under threat. And Dr Caygill believes an informal tactical-voting agreement between Labour and the Lib Dems is a real possibility.

He explained: “While a formal pact between the progressive parties is highly unlikely, we are likely to see informal coordination and tactical voting – particularly at a constituency level.

“While we will see candidates for both parties across the country, the focus of each of these parties, when it comes to campaigning, will be on areas each party thinks it can win.

He added: “This will mean that Labour may stand a candidate in a winnable seat for the Liberal Democrats, but they might not campaign hard – and vice versa.” 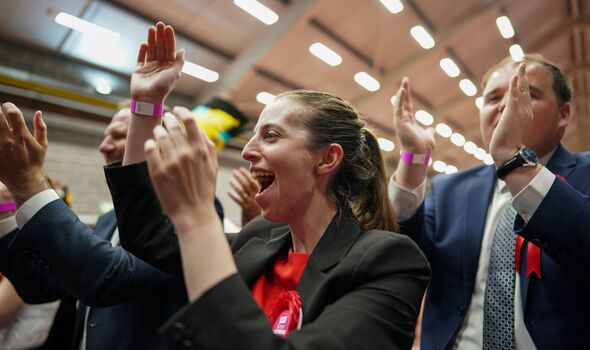 A number of key Conservative seats have small majorities which Labour and the Lib Dems will target. The Prime Minister’s seat of Uxbridge and South Ruislip in London has a majority of 7,000 – much lower than the 24,000 majority the Lib Dems overturned in the Tiverton and Honiton by-election.

Transport Secretary Grant Shapps is another senior Conservative MP with a majority which could be lost in the next election. In 2019, he won 27,000 votes but Labour gained 16,000 and the Lib Dems nearly 7,000.

A pact between the two opposition parties could see figures such as Mr Shapps and even the Prime Minister sweating about keeping hold of their seats in Parliament.

Losing enough key figures would wipe out the Government and present Labour the chance to gain power for the first time since 2010.

Following the Conservatives’ losses in both by-elections this week, the Prime Minister promised to listen to voters but vowed to continue in his role.

He said: “It’s absolutely true we’ve had some tough by-election results. They’ve been, I think, a reflection of a lot of things, but we’ve got to recognise voters are going through a tough time at the moment. I think as a Government I’ve got to listen to what people are saying – in particular to the difficulties people are facing over the cost of living, which I think for most people is the number one issue.”

Unless something changes, the next general election is scheduled for 2024 but one could be called earlier if Tory MPs vote to oust their leader before then.

Labour are enjoying a healthy lead in the national polls right now and Mr Starmer will be relishing the prospect of adding to the Government’s misfortunes in two years.