Johnson and Starmer clash over rail strikes at lively PMQs

The Labour Party leader is demanding members of his frontbencher who joined picket lines publicly apologise. But there is backlash against the plan with Sir Keir coming under pressure by members of his own top team to drop the request.

MPs had been warned by the party leader it was important to show “leadership” and not get dragged into the row over strikes.

But multiple frontbenchers defied his orders and shared pictures of themselves standing with RMT workers on Tuesday.

More than 80 percent of train services were cancelled across the country with the strikes causing mayhem for those attempting to travel.

Millions of people were forced to work from home, while doctors and nurses, as well as school children sitting GCSE and A Level exams were forced to find alternative ways to work and school. 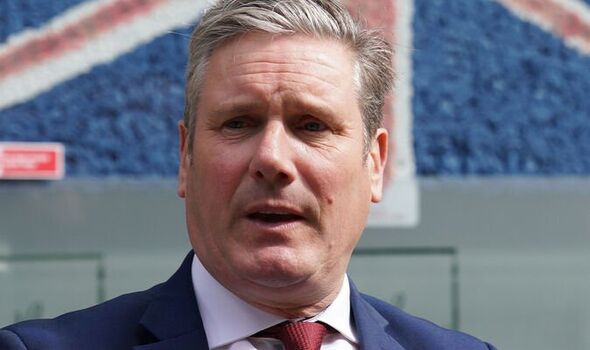 There is now deep division within Labour about how to deal with the five shadow frontbenchers who ignored Sir Keir’s orders.

Labour’s chief whip is understood to be planning to take no action until after the end of the strike this weekend to give himself time to assess how to best handle the situation.

Normally ignoring the specific request of a party leader would be a sackable offence.

One Labour MP told The Guardian the whips were “threatening people at the moment, trying to get them to issue apologies”.

Shadow cabinet members have been left furious at the attempt to strong-arm colleagues into apologising.

One said it would be “outrageous” to caution or sack those MPs who appeared on the picket lines. 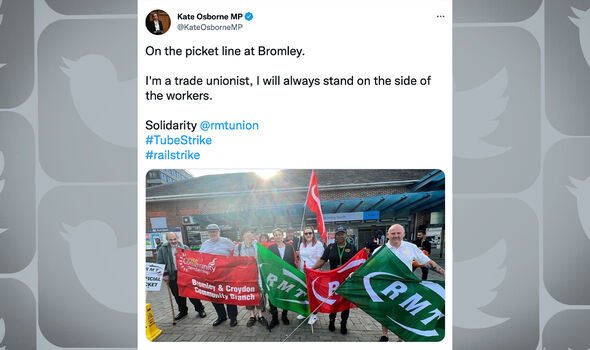 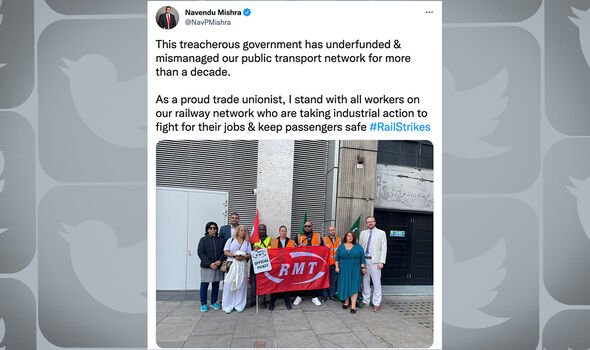 Another backed Sir Keir’s initial stance of urging MPs not to join the strikers, but said to now punish those who disobeyed would be going too far.

It is even thought some frontbenchers would attend picket lines themselves if colleagues were sacked, in a show of solidarity.

A Labour spokesman said yesterday that a decision on what to do would be made in the “next few days”.

He said “the chief whip is aware of Keir’s wishes”, adding: “I think the right way is for the process to go ahead as it should, and that is for the chief whip to speak to the individuals concerned.” 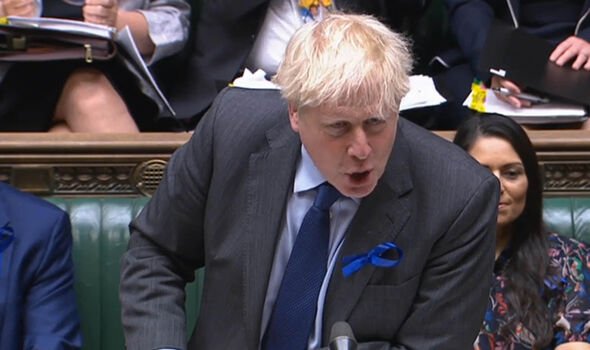 The Conservatives have seized on Labour MPs joining strike action to claim that the Opposition can’t be trusted.

At Prime Minister’s Questions yesterday, Boris Johnson said it was a “disgrace” that Labour MPs had joined RMT members on the picket lines.

“What we have got to do is modernise our railways,” Mr Johnson told the Labour leader.

“It is a disgrace, when we are planning to make sure that you don’t have ticket offices that sell fewer than one ticket per hour, that he yesterday had 25 Labour MPs out on the picket lines.”

Mr Johnson said Labour was “backing the strikers while we back the strivers”.