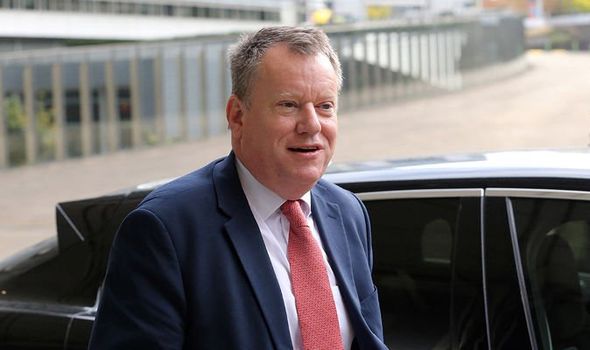 But Whitehall sources said they would lead to even more paperwork for businesses.

EU officials said the UK should accept the offer and drop its threat to rip up part of the Northern Ireland Protocol.

EU source said: “We’ve moved and it’s time for the UK to as well. The percentage of controls removed could yet increase, through negotiation.”

The official accused Lord Frost of taking a “significant step in the wrong direction” and urged him to drop his demands.

The EU proposals are understood to have included a pledge to halve the number of customs checks carried out.

But details of the offer show no products would be excluded from checks. Instead, the number of boxes to be checked on each form would be reduced.

UK officials argue transporting goods from London to Belfast should be almost as simple as moving them between the capital and Birmingham.

Other Brussels offers include reducing the certificates needed for each lorry of produce to one rather than several.

Whitehall regards the proposals as a “step forward” but inadequate to address the anger among Unionists at the checks to enforce EU single market rules.

A Government source said: “We want to reach a negotiated solution but progress has been limited.

“The EU’s proposals do not deal effectively with the problems in Northern Ireland, and are, in some respects, actually worse than the status quo, requiring paperwork and checks which are not needed now.

“We need a balanced settlement which is durable.”