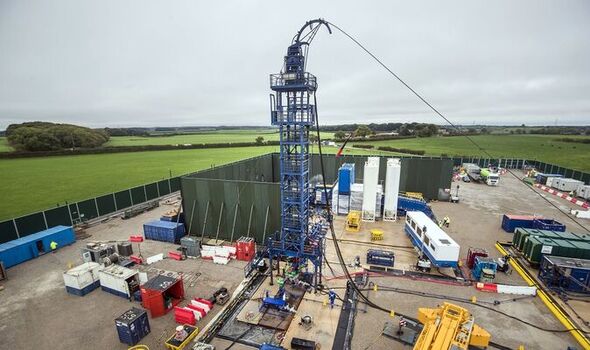 Former Brexit minister Lord Frost joined 29 MPs and peers to warn that the UK needs its own power sources. It comes after the Government’s oil and gas watchdog ordered the last viable fracking site to shut down. Lord Frost said reversing the ban would herald a “British energy renaissance”.

He said: “If our economy is to boom after Brexit, British industry needs a competitive and reliable source of energy which we hold in our own hands and brings investment into this country.

“Shale gas production achieves all this and more.”

“If we don’t produce it here, all we do is import gas from elsewhere, and push up overall carbon emissions too.”

The company agreed, but warned the move was a “mistake” and would mean the loss of thousands of potential jobs.

Cuadrilla chief executive Francis Egan said domestic shale gas is a “no-brainer” and could combat the cost of living crisis.

Noting that fracking remains unpopular with voters, he said: “Between just one and three per cent of UK gas comes from Russia. We import mostly from Norway – a friend and ally.

“To replace half the gas we import, we’d likely need around 6,000 new wells, with all the associated industrial equipment and endless movements of trucks ferrying toxic chemicals and wastewater. “It’s hard to imagine communities across the UK being OK with that.”

The peer noted that latest studies by the Department for Business, Energy and Industrial Strategy showed just 18 per cent support for fracking.