Georgia Meloni says 'we will not take lessons' from France

Giorgia Meloni’s party Brothers of Italy won the first spot at the Italian election last month leading a right-wing coalition with Matteo Salvini’s League and Silvio Berlusconi’s Forza Italia. The soon-to-be-proclaimed Prime Minister sent a video message to her Spanish allies on Sunday for the party’s conference in Madrid.

In a stern message to Brussels, she told Vox voters gathered in the Spanish capital: “We need a Europe that is bolder in the face of big challenges and humbler when it comes to addressing our more local issues where national policies work best.

“In the coming days we will turn these ideas into concrete government policies as our friends from the Czech Republic, Poland are already doing, as I hope our Swedish friends will soon, as our Latvian friends will continue to do, and as I hope it will happen for Vox by next year.

“We are not monsters, people understand. We have resisted the lies and attempts to divide us.

“We don’t have to be afraid of the mainstream story, because the good news is that people don’t accept an interested narrative. They want to go to news sources, without mediation. 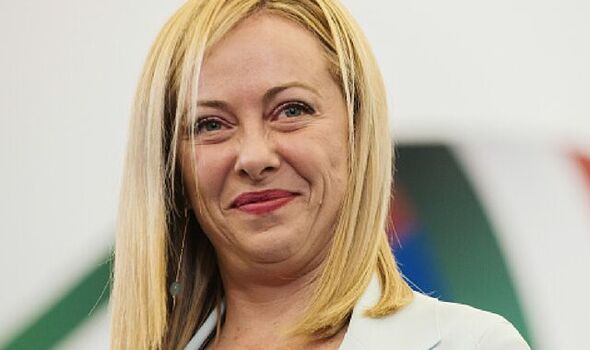 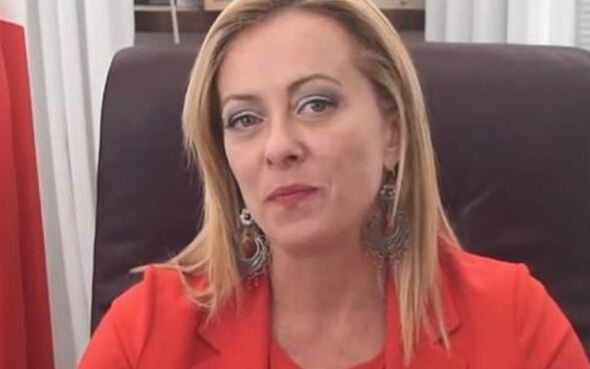 “They want to understand and listen, and when they listen to us, they understand that we are anything but monsters.

This summer, speaking in perfect Spanish, she thundered at a rally of the Spanish hard-right party: “Yes to the natural family. No to the LGBT lobby. Yes to sexual identity. No to gender ideology.”

Echoing her words and paying tribute to her party’s success, Hungarian Prime Minister Viktor Orban, who was also invited to speak at the conference alongside former US President Donald Trump, said: “The train from Rome has just arrived in Brussels; the one from Madrid, led by my friend Santiago Abascal, is about to leave.”

The Italian leader received a scolding from Pope Francis on Sunday as he made an impassioned defence of migrants, calling their exclusion “scandalous, disgusting and sinful”.

Francis made his comments as he canonised a 19th century bishop known as the “father of migrants” and a 20th century man who ministered to the sick in Argentina.

Francis, who has made support of migrants a major theme of his pontificate, presided over the ceremony before 50,000 people in St. Peter’s Square.

“And so today the Mediterranean is the world’s largest cemetery,” he said, referring to thousands who have drowned trying to reach Europe.

“The exclusion of migrants is disgusting, it is sinful. It is criminal not to open doors to those who are needy,” he said.

Ms Meloni has promised accelerated repatriations and tighter asylum rules. Meloni has also called for a naval blockade of North Africa to prevent migrants from sailing and for renewed curbs on charity rescue ships.

Francis, who did not mention Italy, said some migrants sent back are put in “concentration camps where they are exploited and treated as slaves”. In the past he has said this has happened in Libya.

The pope went off script about migrants at the point in his prepared comments when he mentioned the most well known of the two new saints – Bishop Giovanni Battista Scalabrini, who lived between 1839 and 1905.