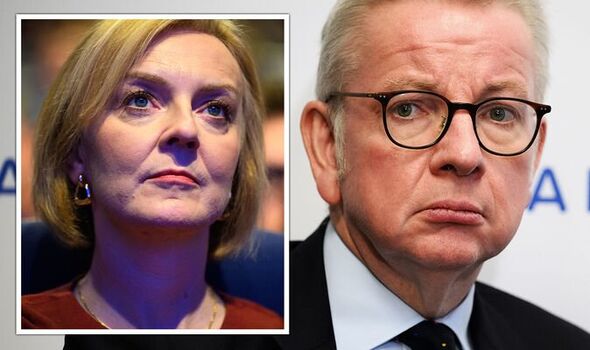 Michael Gove continued his attack on Liz Truss today as he threatened to launch a fresh rebellion against the Prime Minister.

The former Cabinet minister warned the Government must not switch from its pledge to increase benefits in line with inflation.

Boris Johnson made the commitment when he was Prime Minister, but Ms Truss has refused to clarify if she will do the same.

He added: “I’d need a lot of persuading to move away from that.

“But I wouldn’t want to prejudge an argument that was put in front of me before the argument was made.

“Because in crises, you sometimes have to do things and embrace policies that would in other circumstances be deeply unattractive.”

His intervention comes just 24 hours after he attacked the Prime Minister over plans to remove the 45p top rate of tax.

He lead 14 Conservative MPs publicly warning they were ready to vote against the tax plans in the House of Commons, forcing Ms Truss into this morning’s U-turn.

The Prime Minister and Chancellor Kwasi Kwarteng said “we get it, and we have listened”.