DETROIT (Reuters) – Michigan Governor Gretchen Whitmer on Friday extended her stay-at-home order through May 15 as the Midwestern state battles to control the coronavirus pandemic, but lifted restrictions so some businesses can open and the public can participate in outdoor activities such as golfing. 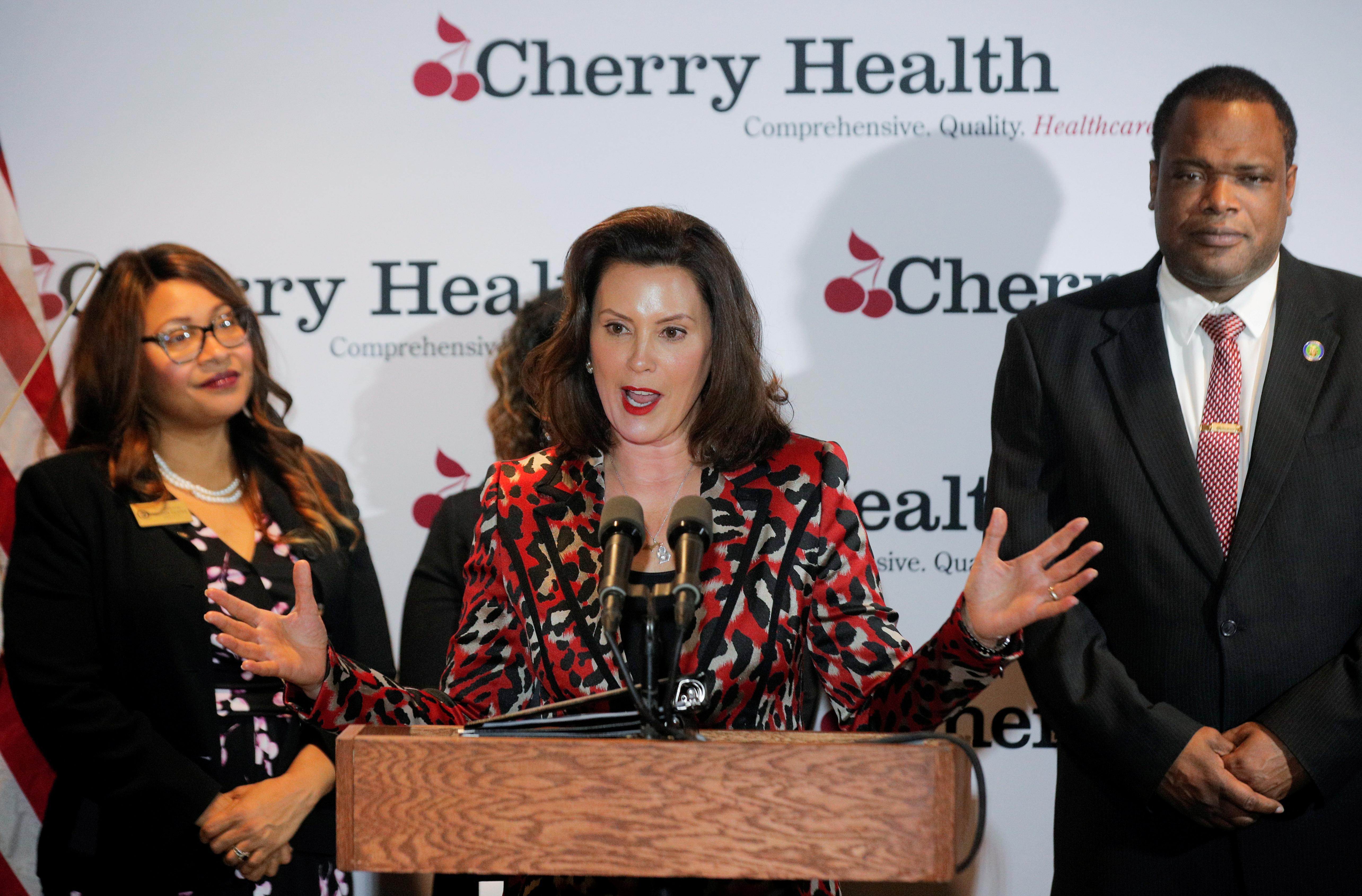 The measure, which also allows use of motor boats and traveling between residences in the state, immediately replaces one that was scheduled to expire next week, according to the governor’s executive order.

“Social distancing is our best weapon to defeat this enemy,” Whitmer said in a statement. “With new COVID-19 cases leveling off, however, we are lifting some of the restrictions put in place in the previous order. I want to be crystal clear: the overarching message today is still the same. We must all do our part by staying home and staying safe as much as possible.”

Whitmer, a Democrat, has been criticized by some Michigan residents and Republican lawmakers for being too restrictive in her lockdown of the state to prevent the spread of COVID-19, the respiratory illness caused by the novel coronavirus. She has also been mentioned as a potential running mate for presumed Democratic presidential nominee Joe Biden.

Amid sweeping stay-at-home orders in 42 U.S. states, people have taken to the streets in some states in protest. Public health officials have warned against a premature easing of social distancing orders and polling has shown most state residents support Whitmer’s actions.

Michigan, which President Donald Trump, a Republican, narrowly won in 2016, is considered a crucial swing state in the November presidential election. The state, whose COVID-19 infections rank among the highest, has become a focus of agitation to relax social-distancing rules that are among the strictest in the nation.

The governor’s decision just before Easter to order those businesses closed sparked widespread complaints and a protest outside the state capitol. Last weekend, a lobby group representing landscaping services filed a lawsuit against Whitmer over the order.

The new order also allows people to travel between two homes they own in the state. The prior order provoked complaints from residents of southern Michigan’s urban areas who had second homes in rural and resort areas of the state.

The order requires residents to wear face coverings when they enter enclosed public spaces, and requires employers to provide at least cloth face coverings to employees. However, no one will be subject to criminal penalty for going without a mask.

Also, retailers that do not sell necessary supplies may reopen for curbside pickup and delivery.

Whitmer said Friday’s order aligns Michigan with the coalition of Midwestern states that agreed to coordinate the reopening of their economies. Other governors involved are in Illinois, Ohio, Wisconsin, Minnesota, Indiana and Kentucky.

The order still does not make clear if automakers can resume production, saying only that some transportation workers are deemed essential.

The United Auto Workers union and the Detroit Three automakers are continuing to hold discussions about when to restart production, with talks among higher-level UAW and company officials set for Monday.

The union on Thursday warned it was “too soon and too risky” to reopen auto plants and Michigan’s economy in early May, citing insufficient scientific data and coronavirus testing to assure workplaces would be safe.