The British Government warned vaccination would slow down for a period because of pharmaceutical companies having to manufacture fresh doses of the jab. Moderna turned in its first round of pledged vaccines this week, with the rollout starting in Wales and Scotland last Monday. The company’s boss Dan Staner said he is “positive” the delivery deadlines included in contracts struck with the UK and other European countries are on track to be met to ensure millions more get jabbed in the coming weeks.

Speaking to the Today programme, Mr Staner said: “This week the first doses have arrived in Wales and Scotland.

“The first deliveries are starting in April, and between April and the year’s end, we’re supposed to deliver to the expectations in the contract with the UK Government of 17 million doses, which is enough to cover 8.5 million people.”

Asked about stocks of other vaccines drying up and the impact on his company’s own deliveries, the Moderna boss said: “We feel very good.

“Our contracts are usually on a quarterly basis. I’m very happy to let you know Moderna, across all of European countries at the end of Q1, has been able to deliver on its commitments. 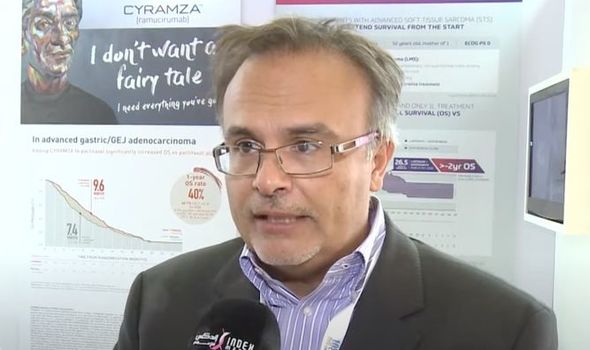 “And we have very good hope we’ll be able to deliver on our second quarter commitments as well.”

Mr Staner also dismissed speculation about the Moderna vaccine sparking similar controversies to the ones the Anglo-Swedish AstraZeneca created between the UK and the EU.

He replied: “I usually stay away from any geopolitical consideration.

“The first batch had been freed and we received the first license to export the product to the UK.

“And thanks to our very good collaboration with the European Commission, I remain optimist and I remain positive. We still might be here next summer.

“For sure, in a much better condition, we might still have to wear a mask or have the social distancing but I’m not sure by next summer we’ll be over with this pandemic.”