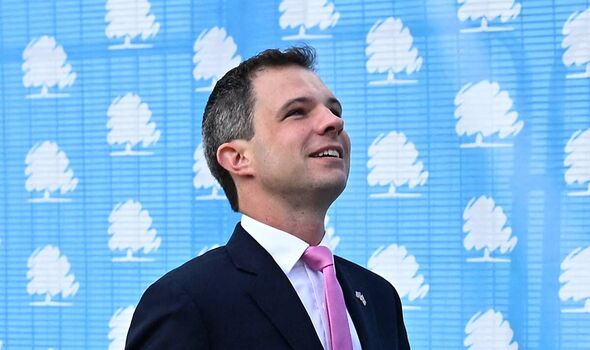 It would be a major boost for British brands like Gunn & Moore, whose bats are used by England captain Ben Stokes and have been trading with India for more than a century.Richard Lowy, sales director at the Nottingham-based firm, said: “Gunn & Moore Cricket are fully supportive of a UK-India trade deal and look forward to that having a very positive outcome for both countries.”

Exports of English willow, which is bought by Indian companies to make bats used by players at all levels of the game, were worth more than £6 million a year between 2018 and 2020 but are currently subject to a 10 per cent tariff.

England and Wales Cricket Board Interim CEO Clare Connor said: “England and India have long shared a passion for cricket that extends beyond the boundaries of play.

“We are fortunate to have a game that can not only inspire millions of people across both countries but which creates opportunities to compete and learn from one another in major tournaments such as the IPL and bring us all closer together.”

The government hopes a free trade agreement would cut or axe taxes on exports to help  UK firms expand into an economy that is expected to become the world’s third largest by 2050.

Trade between the UK and India is already worth more than £29 billion and UK-Indian investments support nearly half a million jobs across both countries.

Negotiations were hit by a row over Indian migrants after Home Secretary Suella Braverman claimed they were the “largest group of people who overstay are Indian migrants” – comments that caused upset in the Indian government.

Minister for Exports Andrew Bowie said the government wants to strike an “ambitious” deal with India.

He said: “English cricket is rightly proud of its world champion players – but also of our brilliant exports like the willow that goes to make the bats hitting boundaries across the world.

“We look forward to concluding a modern ambitious trade deal with India that helps UK exporters of all types hit their sales targets and builds on the increasing amount of British goods and services sold to India, worth £12 billion in the 12 months to the end of June.”