Ms Sturgeon has insisted Scotland must hold a second independence vote due to Brexit. Earlier this year, Ms Sturgeon said plans for another independence referendum vote would be set out in a draft bill in parliament. The SNP’s Westminster leader, Ian Blackford, said the party must be ready for a second vote next year.

However, in a blow to Ms Sturgeon’s plans, Ladbrokes has claimed the next Scottish independence referendum is more likely to be held after 2025.

Commenting on the odds, Jessica O’Reilly said: “At this stage the odds suggest Sturgeon won’t get her way with a second independence vote in the near future.”

The SNP’s Constitution Secretary, Mike Russell, has stated a referendum could be held next year if the Scottish public endorsed the plans through the Holyrood election.

He said: “If the Scottish people endorse that and wish it to happen then it must happen. I’m not going to do anything other than assume it will happen in those circumstances. 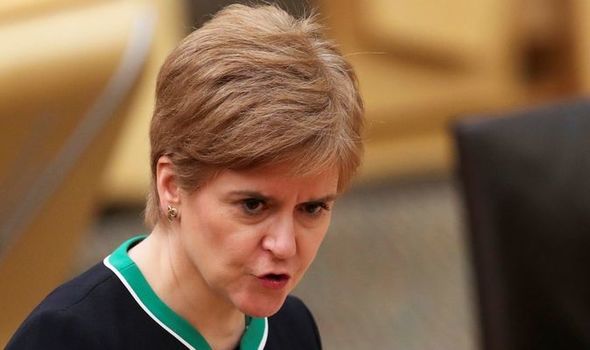 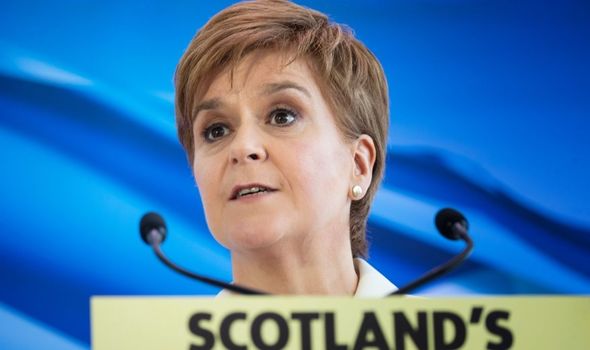 “And then there will need to be a referendum and that could take place, I’m quite sure, before the end of next year.”

However, some officials have hit out at the party for persisting with its desire to break up the UK amid the coronavirus pandemic.

The debate over the plans was escalated this week following the Prime Minister’s comments that devolution had been a disaster north of the border.

During a Zoom meeting with northern MPs, The Sun reported the Prime Minister had claimed it had been Tony Blair’s biggest mistake. 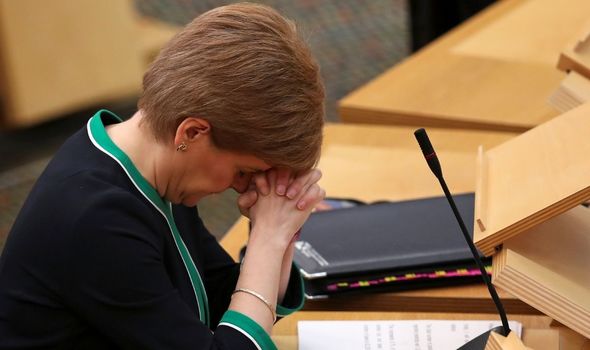 Devolution, which was brought in by Mr Blair’s government in 1999, ushered in the creation of the Scottish Parliament, the National Assembly for Wales and the Northern Ireland Assembly due

The Holyrood election will be held next May, with the SNP claiming it will push forward with its plans if it wins.

Currently, the SNP has 61 MSPs, the Tories 31 while Labour has eight seats. 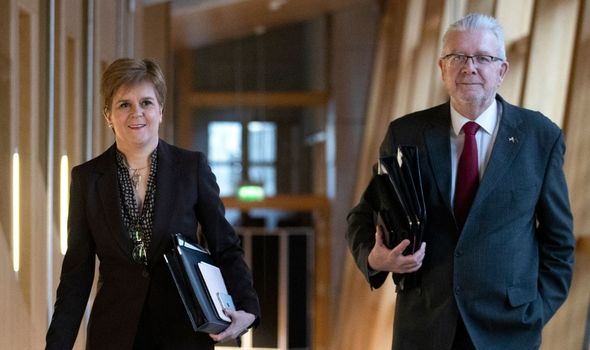 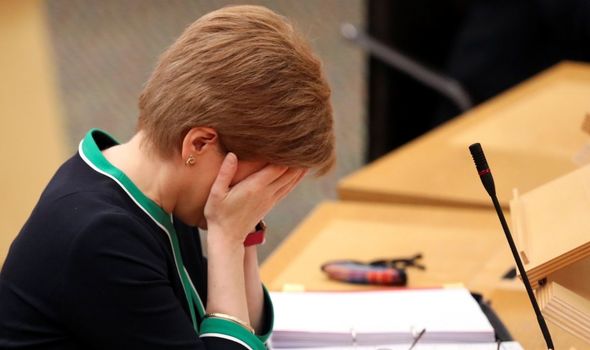 Despite the ‘no’ vote winning 45 percent to 55 in 2014, Ms Sturgeon has claimed Brexit has caused the issue to once again be voted on.

Despite this, Mr Johnson has ruled out any second independence vote, claiming the referendum in 2014 had been a once in a generation event.

On November 10, a YouGov poll put Scottish Independence at 51 percent, ahead of the ‘no’ vote which was at 49 percent. 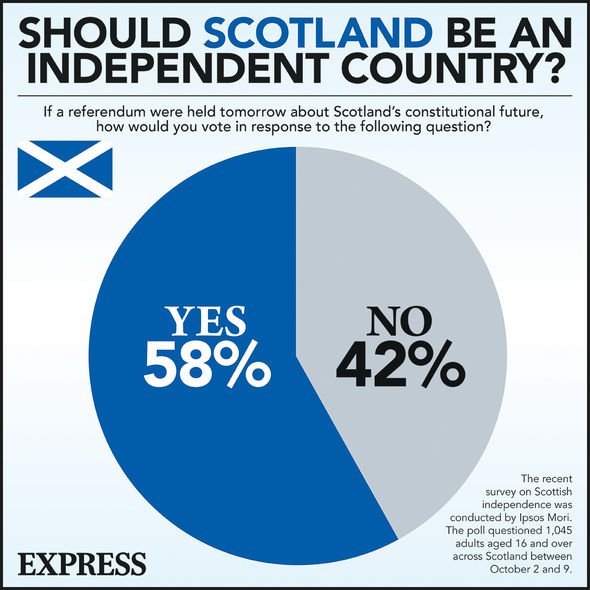 However, polling guru, Sir John Curtice issue a word of warning to Ms Sturgeon, during an interview with the BBC.

He said: “At the moment, the polls say the independence supports are ahead, though there’s no guarantee they would win though.

“I think one of the things to realise is that lots of things have changed since 2014. 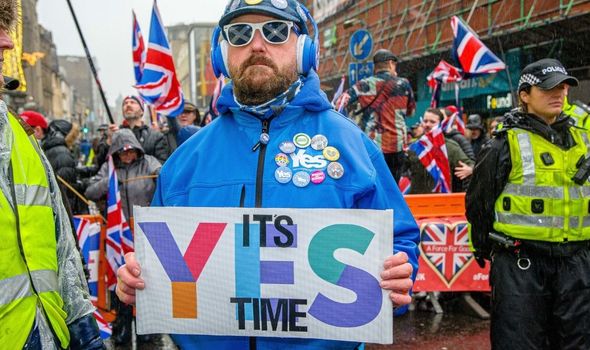 “Some of the arguments that we used on both sides would no longer work.