Scotland ‘have more power than ever before’ says Eustice

The Cabinet Office Minister told the Scottish First Minister to focus on the pandemic rather than renewing her drive to break up the UK. Mr Gove then called for devolved leaders to join forces with Westminster to fix the NHS and encourage economic growth. He said: “We should work together as Team UK in order to deal with the pandemic.” Yesterday Boris Johnson rang Ms Sturgeon to formally invite her to a summit of leaders from all four parts of the UK to discuss a nationwide recovery plan. But the SNP leader refused to back down from her campaign for a rerun of the 2014 independence poll.

She claimed that blocking it would be “absurd and outrageous” and that a referendum was now inevitable.

Her spokesman said: “The First Minister made clear that her immediate focus was on steering the country through Covid and into recovery, and that a newly elected Scottish Government would work with the UK Government as far as possible on that aim.

“The First Minister also reiterated her intention to ensure that the people of Scotland can choose our own future when the crisis is over.

“And she made clear that the question of a referendum is now a matter of when, not if.”

Scots-born Mr Gove was speaking yesterday after Thursday’s elections left the nationalists one seat short of a majority in the Scottish Parliament.

He told Sky News’s Sophy Ridge On Sunday: “The SNP did not get a majority in this election. 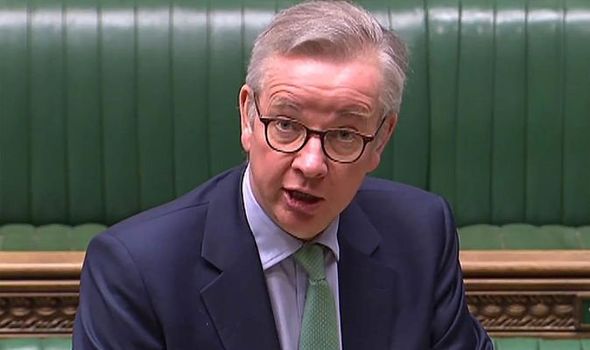 “And also, critically, we had a campaign in which all of the party leaders acknowledged that the single most important thing was dealing with the pandemic.”

He pointed out Ms Sturgeon did not secure a majority as her predecessor Alex Salmond did in the 2011 election. That was “a significant difference”.

Mr Gove said Scottish voters would “feel disappointed, to put it mildly” to see politicians not concentrating on their priorities.

But he also ruled out the Government taking legal action in the Supreme Court to block any attempt by Ms Sturgeon to trigger her own unofficial independence poll.

He added: “We’re not going to go there.”

Speaking later on BBC Scotland’s Sunday Show, Mr Gove added: “We’re not going to go down the route of talking about independence or legal challenges or anything like that when our principal focus, our exclusive attention, is going on pandemic recovery.” Ms Sturgeon – whose independence call could be backed by eight Green MSPs – refused to budge from her campaign.

Asked on the BBC’s Andrew Marr Show if she could deliver independence for Scotland, the First Minister said: “I hope so.”

She added: “I have just won a landslide election and another five-year term as First Minister.

“I have got the energy, the appetite, to get on with the job. Firstly to get us through Covid, that is my priority, and then I hope to lead to Scotland to independence.”

Both the SNP and the Green Party election manifestos included a commitment to holding another independence referendum in the next five years.

Sturgeon has said she wants a vote to take place before the end of 2023. She added the Scots had “voted overwhelmingly” for her party, based on a manifesto which included a commitment to “give the people of Scotland the opportunity to choose our own base future in a referendum” once the Covid crisis has passed.

Ms Sturgeon continued: “The fact that we are sitting here having a debate about whether or not that outcome is going to be respected says a lot about the lack of respect for Scottish democracy that this UK Government has demonstrated for quite some time now.

“The people of Scotland have voted for the SNP, on the strength of offering, when the time is right, an independence referendum. 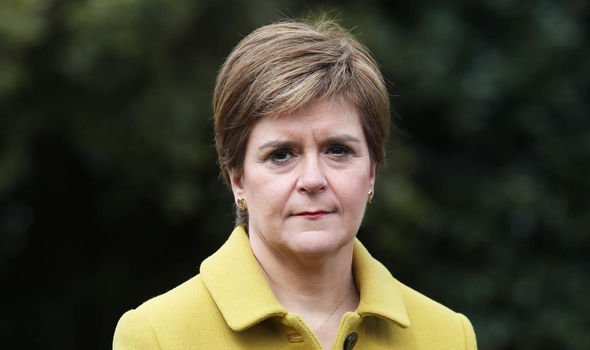 “As in 2011, leading up to 2014, any UK Government that has any respect for Scottish democracy would simply accept that and come to an agreement with the Scottish Government that puts it beyond any legal doubt.”

But her crusade appeared on shaky ground with a poll for the pro-UK group Scotland in Union finding fewer than 37 percent of Scots want a referendum within her timetable.

Some 52 percent are against having another independence vote by the end of 2023, with 10 percent saying they do not know.

In all, 58 percent want to stay in the UK, with 42 percent favouring independence. Pamela Nash, Scotland in Union chief, said: “The very last thing we need right now is more division in our society.

“The majority of Scots do not want a referendum in the First Minister’s timetable of two-and-a-half years.”